Minister of Social Policy Rozenko: Pardon, it is a war. As soon as a person moves out of the ATO zone, he or she can receive all payments 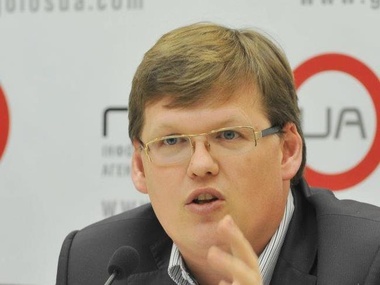 Pavel Roznenko: Pensions and social benefits are credited to everyone who deserves them, including inhabitants of the occupied territories
Photo: Pavel Roznenko/ Facebook

Ukraine has stopped paying pensions and social benefits to the inhabitants of the occupied territories in Donetsk and Lugansk regions since December 1. The Minister of Social Policy Pavel Rozenko, who has recently assumed office, explained in an exclusive interview to the GORDON why this decision cannot be cancelled.

It has been three weeks since Petro Poroshenko signed the law "On Internally Displaced Persons" commonly called "The Law on Migrants". Many different events have taken place in Ukraine for this time, but many of those concerned by the law are far from Ukrainian realia. Therefore, this law is a major event for them. As well as problems related to it.

They live in occupied territories and listen to the roar of shelling more carefully than to the news. They do not live, but rather survive – according to the new law, Ukraine does not pay pensions or social benefits to the inhabitants of "DNR" and "LNR". Though all payments are accumulated on their personal accounts.

To get these payments, inhabitants of the occupied territories need to obtain a status of migrants. It means to move to the territory controlled by the Ukrainian power, to receive a migrant’s certificate according to which the state undertakes to pay benefits to "internally displaced persons", and to live at the new address.

Really live there rather than just be registered. When migrants receive the certificate at social security agencies, they are warned, "We will check."

Only Russian and local TV channels controlled by the fighters are broadcast in the occupied territories. Inhabitants of "DNR" and "LNR" can get information about what is going on in Ukraine only from the Internet. And only those who have access to it. There are very few pensioners in this category who have many questions in connection with the new law.

Having talked to potential and real migrants, the GORDON tried to readdress their questions to the Minister of Social Policy of Ukraine Pavel Rozenko who has recently assumed office.

– Pavel Valeryevich, you sent your deputies in a business trip to Donbass. Why?

– Not just so that they would put a tick, return and report, but so that they could help people their, our colleagues who work in a difficult situation. Public servants are the first to understand local problems. I think it is a normal practice, it will concern both my deputies, heads of departments, and employees of appropriate divisions.

– You speak about the help to your employees who work in the cities controlled by the Ukrainian power. And do you somehow manage to solve problems of people who remained in the occupied territories? How do people survive without pensions or social benefits survive there?

– We are not able to perform our functions in the temporarily occupied territories where the Ukrainian legislation does not work.

– Excuse me, it is clear. I was talking about different things...

– In ordinary conditions, we can deliver pensions or provide people with social help in other territories of our country. But we are not able to do it in the territories seized by the terrorists. There is no single social worker there, all social security departments and all offices of the Pension Fund are seized. Therefore, my order cannot be performed even if I gave such offers. And we cannot deliver money there – we cannot execute payments. But we have to provide these people with money in the liberated territories, and we create conditions for this. 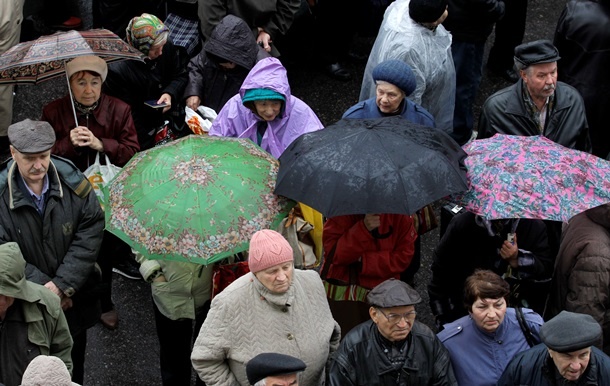 – But in order to receive payments, people must get the status of a migrant. The problem is that many elderly people cannot leave. They will not be able to move. Even if we assume that the state program of helping the migrants will start working soon and as if by magic everyone will have housing, they will have to live somewhere already today. Many people’s houses and apartments are fortunately intact…

– Pensions and social benefits are credited to everyone who deserves them, including inhabitants of the occupied territories. Another thing is that we cannot deliver and pay them there. As soon as there is such an opportunity – the person moves out of the ATO zone or the territory becomes liberated – he receives all payments in full.

A grandson will come with a certificate from the grandmother with a stamp of "DNR" – and what? We will not be able to accept this document

– People must understand the logic. Why cannot an elderly woman be transferred he virtual pension on a card? She will ask her grandson to go to Kharkiv, for example, or Slavyansk or Krasnoarmeysk and withdraw money from an ATM...

– Pardon, it is a war. There is no justice department there. A grandson will come with a certificate from the grandmother with a stamp of "DNR" – and what? Who will testify that he is a real grandson? Notaries from the territory that we do not control? We will not be able to accept this document.

– I do not speak about the certificate, but about a payment card using which someone can withdraw the pension from the ATM at the request of an elderly person.

– I explain to you once again: how can we credit pensions if the banking system does not work in that territory? All pensions are paid In Slavyansk, Kramatorsk and other liberated cities. There are two options: either liberation of the territory, or … 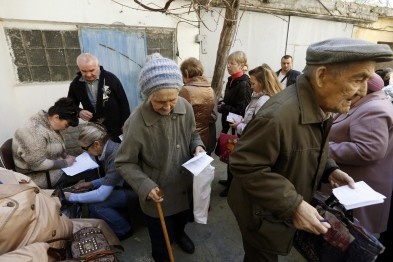 Pavel Rozenko apologized and took his leave – he is busy. He is a minister and he is busy. We can guess the ending of his last phrase, "Either liberation of the territory, or moving to the territory controlled by the Ukrainian power." Generally, the conversation finished with the same thing it started with.

The minister can be understood: any government official has to say what is not contrary to the law even if he personally understands that there are errors.

We did not manage to ask him some more questions.

Will Ukraine cope with such big number of migrants? Would not it be cheaper for the state to change nothing and not to spend money on the promised grants for migrants who do not want or cannot move, as well as on housing for them? After all, judging by the uniform electronic database, it would be possible to credit pensions that elderly people would withdraw from ATMs in the territories controlled by the Ukrainian power and come back home.

We would also like to ask the minister, whether employees of social security agencies and the Pension fund have the right to demand certificates from housing departments from the migrants confirming the fact of registration on a new place? And if they have no such right, according to the lawyers, why intentionally complicate life to those who have a lot of problems? Do not they understand that it will be even more difficult to a migrant to find housing for rent if he has to submit a certificate from the housing department? The owner of the rental apartment will hardly want the housing department to find out that he leases the apartment because it involves payment for utilities. And what does it mean that the fact of registration will be checked by local law enforcement officers –do the migrants automatically become lawbreakers and are taken under house arrest?

These questions are drawn up based on those who found themselves in a difficult situation and have no opportunity to ask Pavel Rozenko personally. By the way, as the journalist Maria Zhartovskaya  claims in her Facebook, the new Minister of Social Policy gets to work by metro. We can only hope that with all his business he will find time to read these questions and to pay attention to the problems that vanish among public affairs.

Those who want to become migrants have time until the next year. December 31 is the deadline for obtaining the status of a migrant. Those who cannot get it have as much time as they can hold on without food and medicine.