Sadovyi: Russia does not respect the weak, that is why we have to be strong and refuse to take its gas at the expense of energy savings and reverse supplies 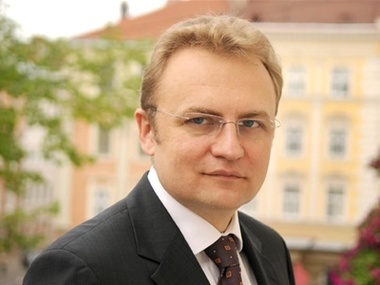 The mayor of Lviv Andrey Sadovyi considers that Ukraine can live without the Russian gas, however, for this purpose it is necessary to introduce energy saving technologies and to buy the required gas in Europe.

The mayor of Lviv and leader of the Samopomich party Andrey Sadovyi considers that Ukraine should reconsider the gas policy and stop playing into Russia’s hands, buying expensive gas from it. He declared it in the comment to GORDON.

"If we use time and force for energy-efficient technologies and energy saving, the gas that we have will be enough both for the population, and for the industry. And if we listen to Russia and play into its hands, buying a lot of expensive gas, then there will be a big trouble. It is necessary to reorient the interests," Andrey Sadovyi considers.

"Frankly speaking, I would direct all efforts to energy saving, and would buy the required gas from Norway or by reverse supplies because it is cheaper. It is possible to put Russia in a tough line so that Russia would understand that we can get out of any situation. And if we play its game, Russia will not want to speak to us because it does not respect the weak," the mayor of Lviv added.