The student, who presented Ukrainian soldiers a spy drone: This device can save lives of a whole battalion 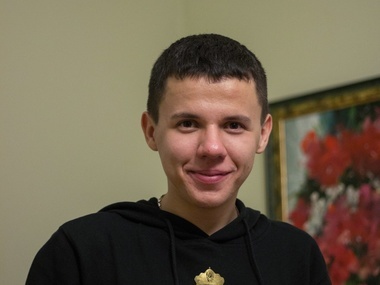 Pavel Ostrovsky: I want to help the Ukrainian diaspora in Chicago to establish a direct connection with military units so that our guys would get everything they
Photo: Pavel Ostrovsky / Facebook

Pavel Ostrovsky, a student of the Ukrainian Catholic University, who bought with funds saved from scholarships the military drone, told "Gordon" when he decided to make such a gift, how AutoMaidan activists from Chicago help the Ukrainian army and why everyone should become volunteers.

Fighters of 81st assault brigade now have a drone. For complete equipment they need a lot more, but the spy drone was needed most. It was presented by not a businessman, who is able to buy a dozen of them or even a hundred, but by a humble student of the in Lviv Pavel Ostrovsky. On New Year's Eve, he returned from , where he was invited on the program of scientific training. Pavel felt that he had no moral right to spend a scholarship to entertainment, when the country was at war.

Pavel is originally from Druzhkovka, region. Some of his local friends are fighting in the ATO zone, someone helps the army and emigrants from the occupied territories. Future graduate journalist has worked in one of the reputable online publications, but can not figure out what caused the interest of his colleagues.

He believes that volunteering today - is the civic duty of everyone. He talks about it without pathos: "I do not need advertising. I just thought that someone would want to follow my example and do something useful for the Ukrainian army."

Volunteers from are doing a great job for

- Pavel, though you're too modest, but you see that not every Ukrainian student who came to the United States spends all his money on equipment for the army, instead of entertaining and getting impressions. You already went to with the idea, or a decision was taken right there?

- There is nothing heroic about it. In , there is a war, and I wanted to support our soldiers. I talk with the guys from the 81st Air Assault Brigade, stationed in Druzhkovka, know the conditions in which they live. They live in an abandoned summer camp. Now they already have light and water and small stoves, but at first there was nothing. They said that they really needed a drone - more than first aid kits or binoculars, that I could bring. 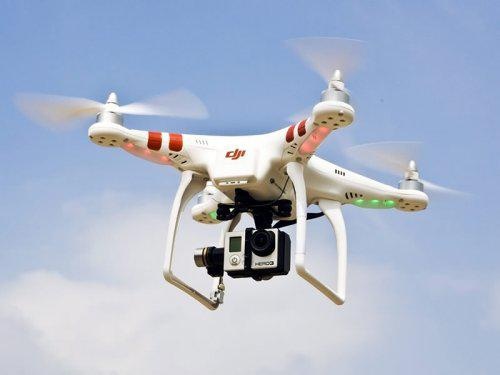 Pavel Ostrovsky: "I know that this drone has proved useful in the forefront, and even came under attack." Photo: Pavel Ostrovsky / Facebook

- $ 600 - the amount seems to be not that big. Some fashionistas have way more expensive handbags. But for you, perhaps it is a lot of money.

- Yes, no so often I hold such a sum in my hands. But I was lucky to stay within this budget. I could buy not only the drone, but also two propellers for it. Activists of Chicago AutoMaidan helped me to select the best model, showed me how to use it, and then I taught our soldiers.

- Volunteers from are doing a great job for . During Maidan they went to rallies to attract the attention of the American public and politicians, when in activists were killed. And from the moment the war began in , they always help both regular parts of our army and volunteer battalions directly – they send army boots, backpacks, sleeping bags, and much more. 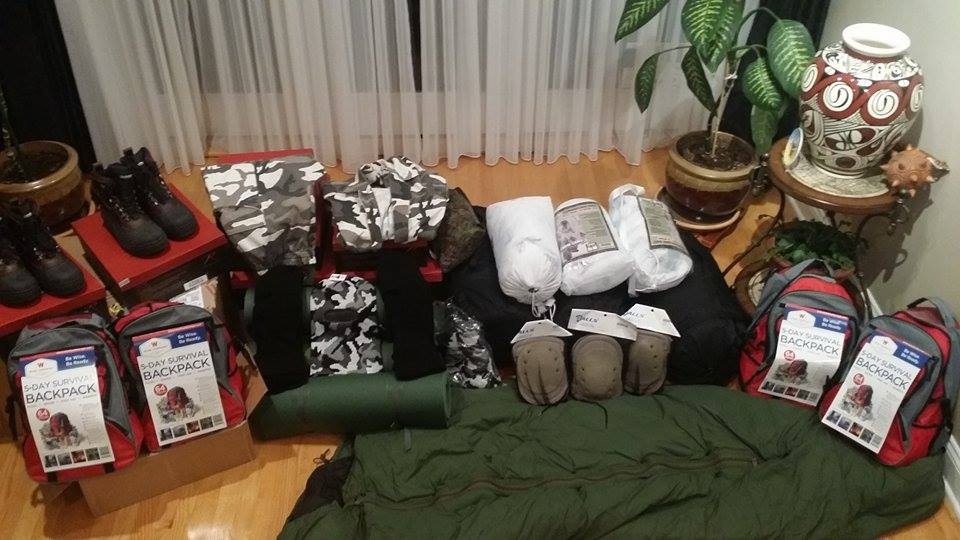 And though they are far from , they spend time and money to help our state, motivate their friends and tell them the truth about this war. I want to help the Ukrainian diaspora in to establish a direct connection with military units so that our guys could get everything they need. 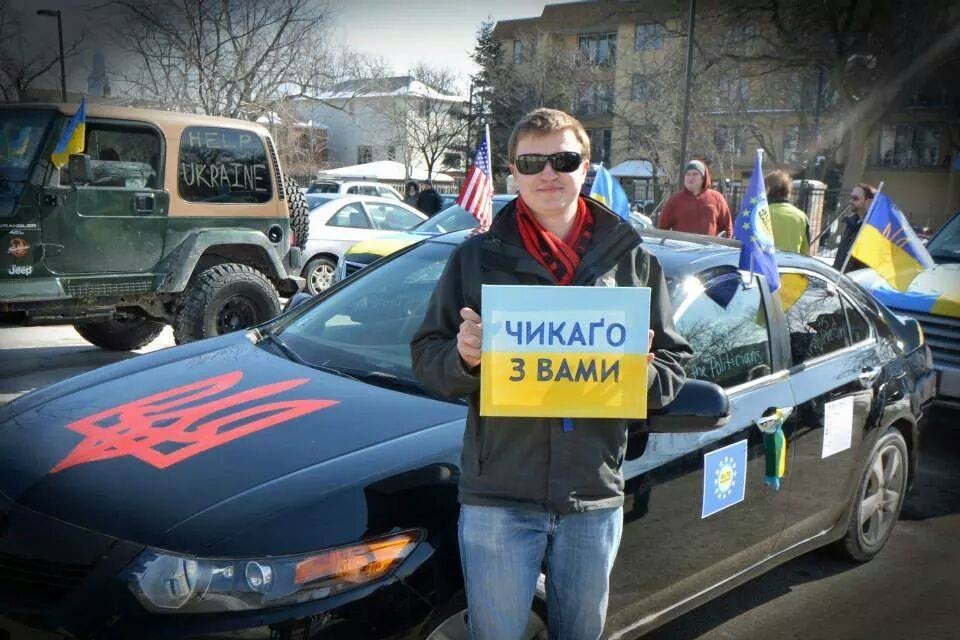 Activist of Chicago AutoMaidan Mihali Glebiv - one of the volunteers that help the Ukrainian army. Photo: Pavel Ostrovsky / Facebook
If someone can bring some fruits to the guys who are freezing at roadblocks – it is also a help. Or if you meet a soldier just shake his hand - such support is important too

- And how Americans relate to events in ?

- Now they know that the - it is an independent country that is in . Americans often travel around the world as volunteers - for them it is very common. In Lviv, they, for example, worked in the Summer School of English. It was said that parents were afraid to let them go to , because there is a war, although in Lviv there is no war. In the , a lot people talk about , support us, but of course, I would like them to know more about us. 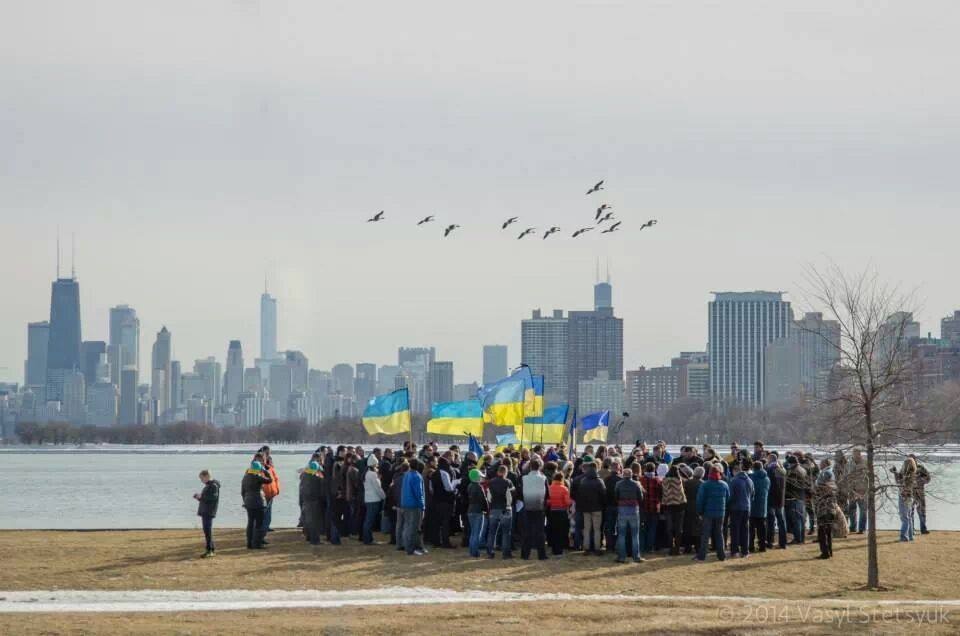 - It is possible that at this very moment "your" drone is floating above the ground and directs reconnaissance. But not everyone understands how it works. Tell me more.

- Rising to a height of 300 meters, the drone makes pictures of enemy positions. Because of this fighters can determine where there is a danger. One such drone can save the life of a whole battalion. But even if we were talking about saving just one life, this purchase was worth it. I know that this drone has already proved useful in the forefront and even came under fire. But the guys who are responsible for it, so cleverly learned to control it, that it is really hard to shoot it. 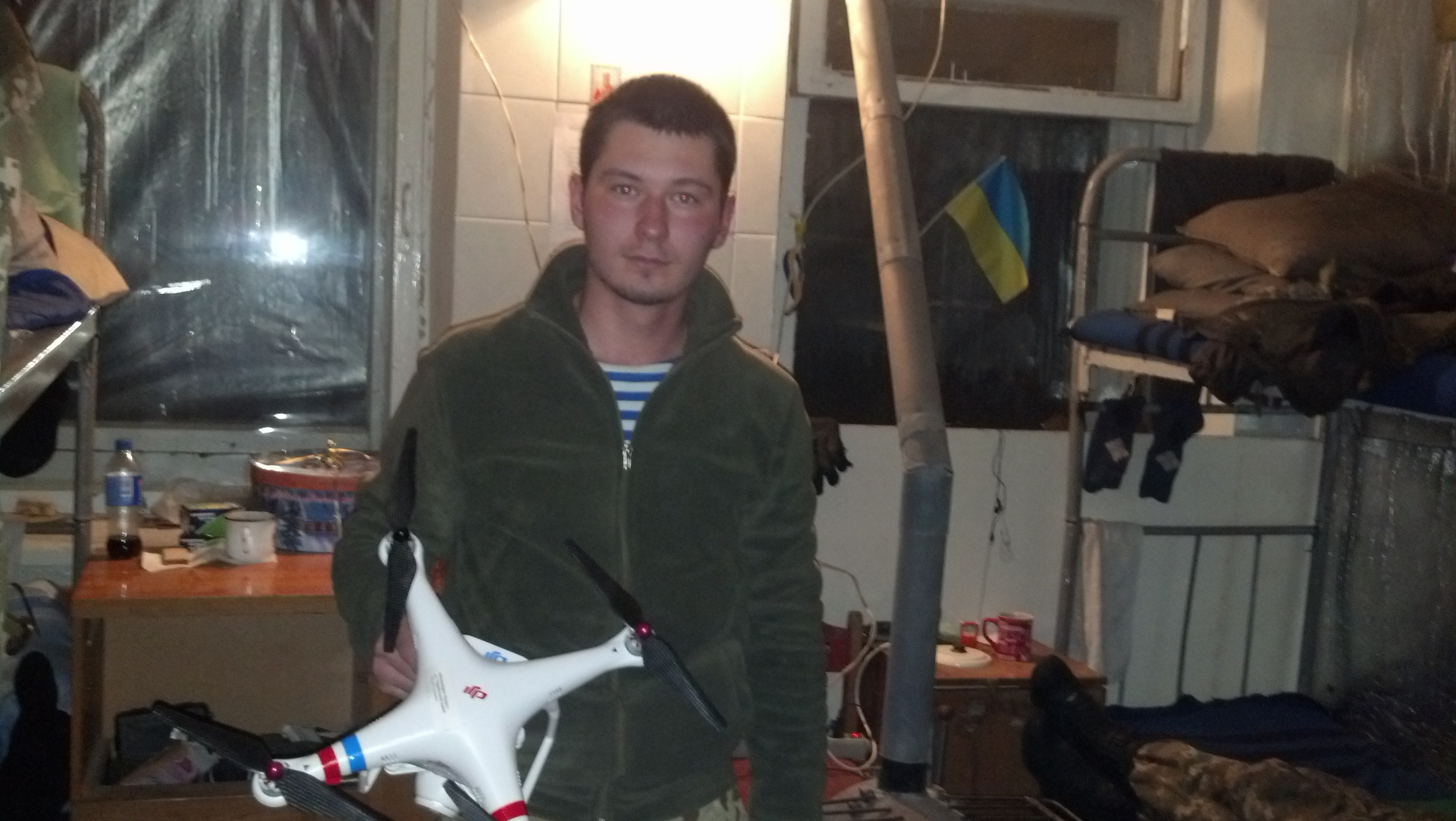 The fighter of 81st Air Assault Brigade Egor Nozdryakov masters the drone of
There are two military units in Druzhkovka, and people now realize that the myth of "The Punishers" is a lie

- Today, the Ukrainian army survives, in fact, thanks to the volunteers. But not everyone responds to calls for assistance. Someone would like to help, but they have nothing to help with, others believe that there is enough help provided by others.

- I believe that the volunteers are the best people in the country. We have to explain other Ukrainians that our future lives and the lives of our children depend on our actions in support of the Ukrainian army now. Today, has the only way out - to win and become a successful country. I think volunteering should be treated as a civic duty.

I think everyone should do what he/she can. And even if someone can bring some fruits to the guys who are staying on a cold for 12 hours at checkpoints - it will also help. Or if you meet a soldier, just shake his hand. In fact, such support is also important.

Honestly, at first I was confused by the fact that my gift to fighters of 81st Brigade caused such resonance. But then I realized that my example might work even for someone.

- Whatever local media write about the patriotic spirit in the cities of Donbass under the control of the Ukrainian authorities, we are fellow countrymen know the real mood of people. And there are different moods. Is it possible, for example to raise funds for our military in your home town Druzhkovka?

- According to the results of a poll published in the Ukrainian media, in the region the level of trust to volunteers is only 5%. It is a sad figure. But in western , when a soldier goes to war, the whole village is discharged to equip it. They are standing on their knees along the road when encountering a dead soldier. When you see the eyes are welling up with tears ...

In western they respect their heroes. Concerning Druzhkivka, the situation is more or less normal here. No one will come out into the street to shout: "Putin, help me!". The city has two military units, and people realize that the myth of "The Punishers" - it's a lie. Actually, a turn off of Russian channels played its. Now people are getting unbiased information. 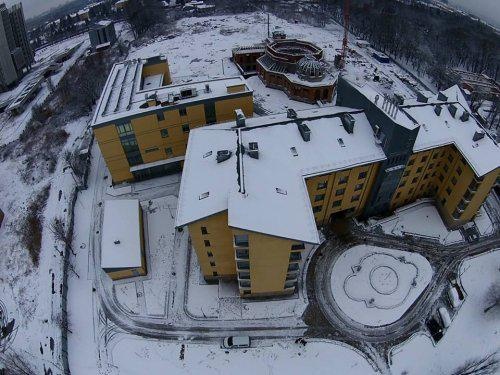 Before he trained fighters of 81st assault brigade to use the spy drone, Pavel Ostrovsky tried it in Lviv. View of the made by the drone.

- Where do you think the people from the Donbass region got such a rejection of the "other"  ?

- I think this problem should have been solved a long time ago. If residents of Donbass earlier visited the , things could be different. In the , where I study, back in March, as soon as the situation developed in Donbass, we started the project "From east to west." We organized a hundred people, and then in December we showed them different cities, museums. Everyone loved it. I believe we should show the residents of the east that outside of their little world there is a big, beautiful country and great people.