Yaremenko: Obama will implement the law on support to Ukraine if Russia does not start withdrawing the troops 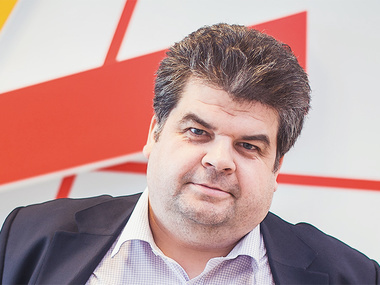 According to the Ukrainian diplomat and former Consul General in Edinburgh and Istanbul Bogdan Yaremenko, the law on support to Ukraine entitles the U.S. President to provide assistance to Ukraine but does not oblige him to do so.

The Ukraine Freedom Support Act recently adopted in the U.S. Senate and yet to be signed by the President Barak Obama specifies what kind of weapon Ukraine may receive and what amounts will be allocated for this purpose. Yaremenko stated it in his comment for the GORDON .

"The law vests Obama with certain powers, but these powers do not oblige him to deliver arms. He is free to decide whether to deliver them or not. This law specifies what arms may be delivered – these are defensive arms, anti-aircraft and ant-tank systems, as well as radar and fire control systems. It is not attack weapon but rather military equipment. The law also stipulates amounts for three years: 100, 125, and 135 million per year. But again, the law only gives Obama such a right," Yaremenko noted.

"I think that he will exercise this right gradually rather than immediately. He stated it before signing. They will have no other way out than to implement this policy sooner or later," the diplomat considers.

According to Bogdan Yaremenko, Russia must give up escalating the conflict in Ukraine for this law to start working, as well as Ukraine’s willingness to reform its defense and law enforcement structure.

"Obama will watch Russia. If Russia does not start doing what seems to have been agreed upon, i.e. withdrawal of troops, then I think that Obama will exercise the rights vested on him by this law. Everything will also depend on how much Ukraine will modernize its army and law enforcement system. If they see that there is some progress, I hope that we can receive both the arms and much more," Yaremenko stated.