Budanov On The Losses Of Russian Soldiers in Ukraine: The Kremlin Is Preparing A Plan B To Justify Itself To Its People 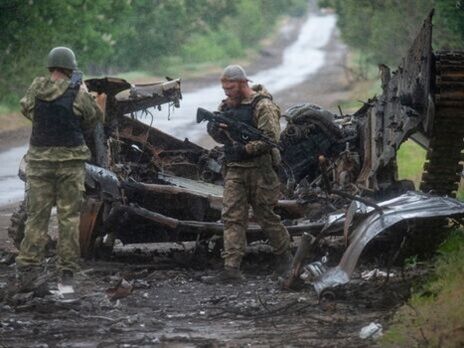 The Russian authorities are preparing a plan B to divert the attention of Russians from the massive losses in Ukraine. Kirill Budanov, head of the Main Intelligence Directorate of the Ministry of Defense of Ukraine, stated this in an interview with Ukrainska Pravda published on May 24.

"If you follow their official rhetoric, they are not even conducting a war, but a "special operation." And the purpose of this "special operation", if you throw out this rubbish about the fight against Nazism, the disarmament of Ukraine, and so on, does not have any clear geographical boundaries," Budanov stressed. According to him, the Kremlin will present even local successes as a victory in Ukraine.

“Since they suffer significant losses and have major military failures, they are already preparing their society for the fact that, in principle, reaching the administrative borders [of Luhansk and Donetsk regions] and holding the Kherson region, perhaps even partially Zaporozhye region, is already a victory. They they are preparing, as they say, a plan B for themselves in order to justify to their people what they did here and how to show them their victory, to make their victory out of their defeat," Budanov said.

In early April, the Russian occupiers were driven out of the northern regions of Ukraine, now fighting is underway in the Donbass, in the Kharkiv region and in the southern part of the country, near the occupied Crimea.

According to the General Staff of the Armed Forces of Ukraine, the loss of personnel of the Russian army in the war against Ukraine as of May 24 amounted to about 29,350 military personnel.

The Economist listed the reasons for the failures of the Russian army, among which the inability of numerous Russian units to modern combined arms combat operations, low morale among the military, and poor logistics.

Advisor To The Mayor Of Mariupol: The Russians Have Completed The Removal Of Bodies From The Drama Theater. We'll Never Know How Many People Died There
22 may, 2022 20.38 |comments: