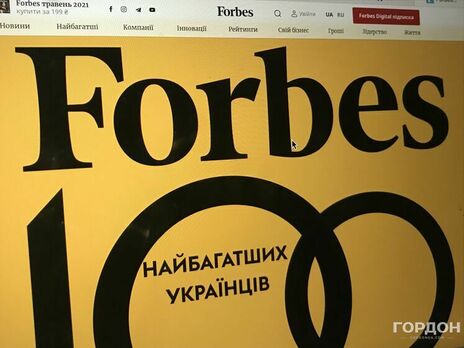 The list of the richest people in Ukraine has been updated by 21%
Photo: Gordonua.com

Forbes Ukraine magazine has prepared a rating of the 100 richest Ukrainians. It includes representatives of industry, metallurgy, pharma industry, IT, agro-industrial complex, energy and others. The authors of the rating note that in order to determine the one hundred richest, the fortune of more than 200 millionaires, more than half a thousand of their businesses, as well as their properties in Ukraine and abroad, have been assessed.

“The richest people in Ukraine have known better times: 2013 is still the most successful for the Ukrainian capitalism. However, Ukrainian assets have added in value over the past year. 76 participants from the first hundred of the Ukrainian list have increased their fortune in a year. The wealth of the first hundred has grown by 42% – to $44.5 billion. The list has been updated by 21% during the year. 14 participants have made it to the top 100 for the first time; seven returned after a break. Among absolute newcomers, the largest representation is in IT and energy,” reads the rating preview.

They are followed by businessmen engaged in real estate and agro-industrial complex. In the top 100 there are also representatives of the pharmaceuticals industry, in particular, the owner of the Darnitsa pharmaceutical company Glib Zagoriy ($300 million, 31st place).