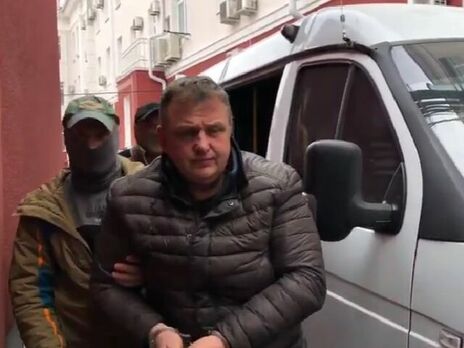 An object that looked like an explosive device was allegedly found in Esipenko’s car
FSB operatives announced that Vladislav Esipenko allegedly was collecting information in Crimea for Ukrainian intelligence services. According to Hraty media he was apprehended after he laid flowers to the monument of poet Taras Shevchenko in Simferopol.

According to Radio Svoboda Esipenko has both Russian and Ukrainian citizenships.

“At the time when the Kremlin uses persecution and intimidation against any possible alternative voice in Crimea annexed by Russia, recent detention of Vladislav Esipenko, Radio Svoboda’s freelancer, is alarming. Esipenko must be freed immediately so that he could be with his family.” – Fly said.

Federal Security Service of the Russian Federation reported Esipenko’s apprehension on March 16. The report mentioned him as a citizen of the RF. Russia claimed that Esipenklo allegedly collected information in Crimea for Ukrainian intelligence services, and that in his vehicle an object resembling homemade explosive device was found.

Video of the apprehension was posted on Crimea’s news feed YouTube channel.

According to Hraty media Esipenko, the resident of Kryvyi Rih was detained since March 10. On March 9, he had laid flowers to the monument of poet Taras Shevchenko in Simferopol with representatives of Ukrainian culture center in Crimea. On the next day, he dropped out of contact.

According to the media, a contact also was lost with Elizaveta Pavlenko from Alushta. Later she told that she was driving in a car with Esipenko from Simferopol, near Pereval’ne village FSB operatives stopped them, searched the car and detained the man. Pavlenko was taken to her home in Alushta, her place was searched and all devices were confiscated. The woman was not detained and now she is treated as a witness in Esipenko’s case.
“Hraty” reports that in 2014 Esipenko and his family left Crimea. However, he has Russian passport.

On March 12, Kyiv district so called “court” in Simferopol arrested Esipenko for two months, he is currently held in detention center in Simferopol. On March 15, his lawyer Emil Kurbedinov tried to visit him after wife Ekaterina Esipenko asked him to do so, but he was refused to enter. FSB investigator Vitaliy Vlasov declared that Esipenko denied Kurbedinov service. 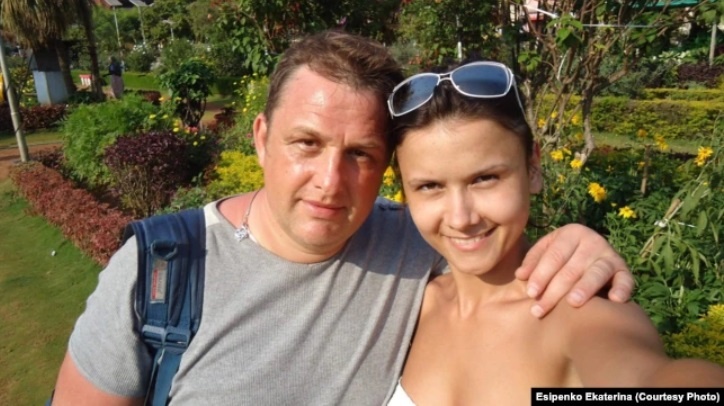 Foreign Intelligence Service of Ukraine denounced as a propaganda action the FSB report on arrest of alleged “Ukrainian agent” in Crimea. The Service stated “FSB merely creates for the Kremlin a media background desirable for the anniversary of the occupation of Crimea.”

Russia annexed Crimea after armed blockade of Ukrainian military forces and unlawful referendum of March 16, 2014. Ukraine and the majority of countries in the world do not recognize Crimea as a part of the Russian Federation.

According to Human Rights Watch, after annexation of Crimea a situation with human rights on the peninsula deteriorated. Under various pretexts including fight against extremism, the officials persecute people who have courage to criticize openly the actions of Russia on the territory.