Felshtinsky: Kremlin Is In A Mood To Fight. There Are A Thousand Putin’s Brothers Around Putin, There Are No Differences 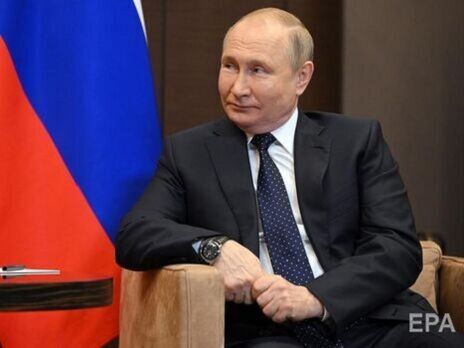 Putin came to power as a representative of the special services, Felshtinsky noted
Фото: EPA

There is no opposition to Russian President Vladimir Putin in the Russian government, said the American-Russian historian Yuri Felshtinsky in an interview to Alesya Batsman, chief editor of the GORDON.

Batsman asked Felshtinsky what, in his opinion, is currently happening in the Kremlin offices, "what are the moods there."

“So we believe that there is, as it were, Putin and that he may have some kind of opposition, some people who are dissatisfied with what he is doing. In 2000, when Putin came to power as a representative of the special services, they selected only ... Putins to lead the country, ”the historian replied. – Just imagine that there are a thousand people around him who make decisions of different levels. And all these thousand people are Putins. There is no disagreement."

According to Felshtinsky, Putin wants to take Ukraine, Moldova, Belarus and the Baltics, and Poland, the Czech Republic and Slovakia to leave NATO. At the same time, Putin does not have the strength to seize Ukraine, but he has enough strength to start a war in Moldova, the historian believes.

Putin has served as president of Russia since 2000, with a break in 2008-2012, when he was head of government. In 2020, the Russian constitution was amended to allow Putin to run again for the post of head of the Kremlin in 2024.

On February 24 of this year, Putin announced the invasion of Russian troops into Ukraine. He said that the goal of the war is "the demilitarization and denazification of Ukraine." The Pentagon said that Putin expected to capture Kyiv in a few days, but he miscalculated.

Fights With Russia Reached Maximum Intensity, Enemy Storms Positions Of Armed Forces Of Ukraine In Several Directions At Once – Ministry Of Defense
28 may, 2022 19.45 |comments: