In two days more than 100 prominent Ukrainian media, organizations, journalists and experts signed a letter to Zelensky and Rada with a call for not adopting the law “On media” 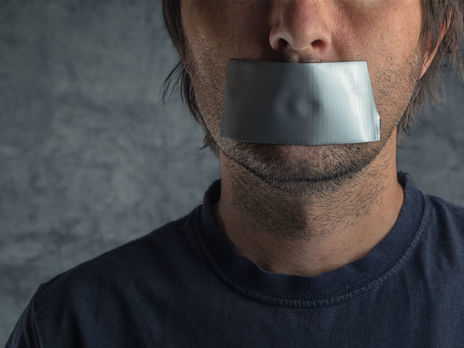 Journalists think that adoption of the law might lead to censorship in Ukraine
Photo: depositphotos.com

Ukrainian journalists, media institutions, bloggers wrote an open letter to President Zelensky, the Members of the Parliament and European partners of Ukraine with an appeal to reject proposed legislation. In their opinion bill №2693 “On media” puts at risk freedom of speech in the country. Among signatories, there are Fakty, GORDON, Glavkom, Obozrevatel, LB.ua, Ukrainian News Agency, Hvylia, and other media outlets.

In two days more than 100 reporters, media managers and experts signed an open letter to the President of Ukraine, the Chairman of the Verkhovna Rada, the Members of the Parliament, and European partners of Ukraine. They urged not to adopt the bill №2693 “On media”. Full list of signatories is available on GORDON and is constantly updated.

Journalists from almost all the regions of Ukraine signed the letter.

In their plea, media professionals emphasized that requirements to media were not adequately defined in the draft law and it “grants to the government authorities the power to "establish the truth”. They fear that such power might be used to control expression of political opinions, criticism of political parties, certain politicians and officials.

In addition, journalists expressed their concerns over possible widening of functions of National Council who would effectively be able to block “anyone on the internet” not only the media.

“In experts’ opinion it is unproportioned measure of restriction of the right to free expression that might be used as a tool of censorship,” – reads the open letter.

Shuster thinks that the bill is not designed to protect journalists, and he hopes that even if the Parliament would vote for it President Volodymyr Zelensky would not sign it into law.

“I am afraid that the draft law number 2693 “On media” was created by “Servant of the people” party not for the people but for protection from criticism,” – declared TV host.

The bill №2693 proposed by the Members of the Parliament from “Servant of the people” party was registered in the Verkhovna Rada in December 2019. The document is meant to regulate work of TV, radio, press, online media, streaming services and public information platforms. Among other things, the bill authors proposed to give the National Television and Radio Broadcasting Council of Ukraine function of supervision and control over the whole media sphere.

The draft law met severe criticism from journalists and media institutions. On May 19 2020, Rada returned it to a repeated first reading.

On July 1, parliamentary humanitarian and information policy committee is going to consider a new edition of the bill, reported on her Facebook page Yevheniia Kravchuk, the Member of the Parliament from “Servant of the people” party.

Chairman of the Verkhovna Rada of Ukraine Dmytro Razumkov

We do not support the draft law #2693 “On media” proposed by several People's Deputies because it violates the right to freedom of speech guaranteed by the Constitution of Ukraine and the Convention for the Protection of Human Rights and Fundamental Freedoms.

We agree with negative assessments of the bill made by Organization for Security and Co-operation in Europe and Main scientific and expert department of the Verkhovna Rada. Expert assessment of the document made by Council of Europe on request from the Committee on Humanitarian and Information Policy for some reason was never made public.

According to international standards and the Constitution of Ukraine freedom of speech has certain boundaries but they are only permissible if necessary in democratic society. Laws relating to fundamental human rights must be precise and must create safe and enabling environment for communication and public debates as well as comply with international standards.

In experts’ opinion, ill-defined requirements to media stipulated in the draft law grant to the government authorities the power to "establish the truth”. There is no doubt that such power might be used to control expression of political opinions, criticism of political parties, certain politicians and officials. However, according to international agreements contradicting opinions must not be suppressed if they do not call for violence or discrimination.

The bill proposes the widening of power of the National Television and Radio Broadcasting Council of Ukraine beyond the boundaries defined by the Constitution of Ukraine. The Council will remain a political body. Candidates for positions selection process will become even more random.

In experts’ opinion, these are unproportioned measures of restriction of the right to free expression that might be used as the tools of censorship.

In our opinion, state’s effective activity for informational security must be based on the Constitution and international agreements of Ukraine, and should not justify the widening of state’s power to control content inside the country.

We support experts’ recommendations for implementation of more judicious and less intrusive government regulation of mass media functioning. We oppose strengthening of the positions of already existing media controlled by communal authorities, as well as establishing of new such entities. The return to newspapers, radio and TV financed from local budgets is a step back – not a modernization of legislation. The changes that media legislation really needs are simplification of registration procedures, increasing opportunities for self-regulation, securing journalists ability to work qualitatively without outside interference especially from the government.

Ukraine has decriminalized responsibility for defamation, insults, and in this manner has demonstrated to the world its intention to develop in democratic direction. Ukraine declared readiness to harmonize its legislation with EU legislation by implementing Directive 2010/13/EU of the European Parliament and of the Council of 10 March 2010 on audiovisual media services. This act has been changed in 2018 due to changes on the markets.

Implementation of new Directive 2018/1808 on audiovisual media services, which is not mentioned in the Ukraine–European Union Association Agreement, should be started only after evaluation of its impact on different spheres and after general analysis. European countries now are only working out its’ own mechanisms for Directive’s implementation and are going to report on the practices not later than December 2022.

For this reason, we see no grounds for the statements of the People’s Deputies, the authors of the bill #2693, about necessity of its immediate implementation that allegedly would fulfil Ukraine’s obligations stipulated in Association Agreement. We believe that the draft law should be discussed only after we have some examples of how EU countries solve difficult dilemmas of the Directive implementation.

We are convinced that initiatives for regulation in a sphere as sensitive as freedom of speech should not come exclusively from politicians who are always driven by short-term interests. Neither journalists nor industry called for the Members of the Parliament to develop additional regulation of media and reporters. We find discussion of already registered draft law to be a pure formality. In its course, the recommendations from international organizations experts were not taken into account.

We believe that the Verkhovna Rada should reject the proposed draft law. We insist on reviewing EU countries experience of implementation of Directive 2018/1808 on audiovisual media services, evaluation of its impact on different spheres of life in Ukraine and general analysis of impact, and on equitable dialogue among journalists, media and governmental bodies for legislation harmonization in favor of the further democratic development of Ukraine.

Pavlj Yelizarov, "SavikShusterStudio", member of the Council on Freedom of Expression and Protection of Journalists under the President of Ukraine