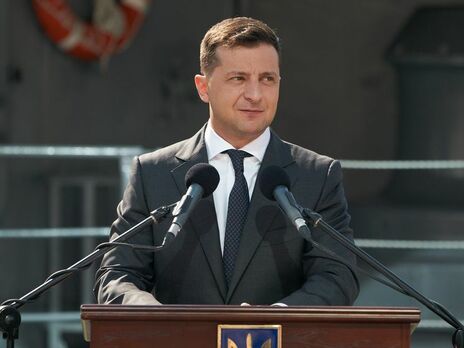 During a meeting of the Servant of the People faction the MPs gave the book to Zelensky
Photo: Володимир Зеленський / Facebook

Volodymyr Zelensky, the President of Ukraine, received a gift form Servant of the People faction deputies. It was a book “Ukraine. The kozak state”. On internet, the price of the book varies from several thousand to 120 thousand hryvnias.

The book was given during a faction meeting on January 25. David Arakhamia oversaw the gift acquiring.

At the same time, the deputies do not know which edition was given. The prices of the different editions differ significantly. “Babel” reports that the book is offered online for several thousand hryvnias, but there is also a “presidential edition” for 100 thousand hryvnias and even for 120 thousand hryvnias.

“Ukraine. The kozak state” deluxe format book published in 2004. The author is Ukrainian historian and art critic Volodymyr Nediak. The book includes more than 5000 photos of cultural objects related to Ukrainian kozaks from museums and private collections in different countries.

On January 25 Zelensky celebrated his birthday. He is 43 years old.