Klitschko On Attack On The Capital Of Ukraine: Russia needs Ukraine without Ukrainians 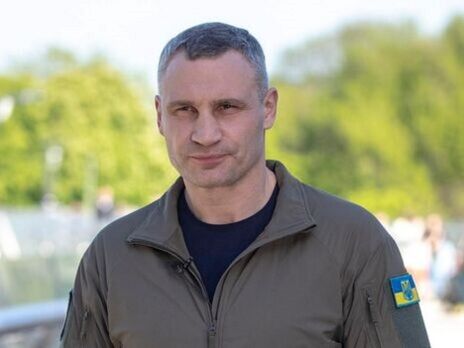 Vitali Klitschko: Attack is another proof of the genocide committed by Russia against the Ukrainian people
Photo by Bіталій Кличко / Facebook

The next attack of the aggressor on the capital of Ukraine is another proof that Russia needs only the territory of Ukraine, without its inhabitants. The mayor of Kyiv Vitali Klitschko said this on the air of the national telethon "United News", the website of the Kyiv City State Administration reports 17 October.

"This attack is another proof of the genocide that Russia is committing against the Ukrainian people. And evidence that Russia needs Ukraine without Ukrainians. The aggressor needs territory. Without its inhabitants. We see that strikes are inflicted on civilian and infrastructure facilities. The barbarians are killing Ukrainians, and they also want to leave us without heat and without electricity," Klitschko stressed.

He noted that, according to preliminary estimates, a residential building in the Shevchenko district, which was hit by a drone, is no longer subject to reconstruction. The city provides residents with medical and psychological assistance.

"People have lost their homes, left homeless. We are ready to provide those who need temporary shelter in hotels and dormitories. Financial assistance will also be provided to the victims. And in the future we will resolve the issue of subsequent resettlement of the victims," the mayor of the capital of Ukraine said.

On the morning of October 17, a week after the massive shelling of Ukraine on October 10, Russia launched a new attack on the capital. In addition, Dnipropetrovsk, Sumy, Odessa regions and Zaporizhya were under the blows of the Russian Federation at night and in the morning of October 17. According to Prime Minister Denys Shmygal, the invaders attacked the energy infrastructure in three regions. Five drone strikes were recorded in the capital, energy facilities and a residential building were damaged.

Klitschko showed a fragment of the Iranian kamikaze drone, with which the Russians attacked the capital on the morning of October 17. The inscription "Geran-2" is visible on the drone (this is how the Russian Federation marks Shahed-136 drones purchased from Iran). In total, according to Klitschko, the invaders launched 28 drones in Kyiv, most of which were shot down by air defense. While it is known about four dead, among the victims is a married couple who were expecting a child.

Oleksandr Svishchov: Collaboration with Andre Tan is our way to draw public attention to water polo and raise money to help children affected by the war
8 september, 2022 15.18 |comments:

146 Found Dead And Already Exhumed At The Mass Grave Site In Izyum, Including Two Children – Head Of The Military Administration Sinegubov
20 september, 2022 13.00 |comments: