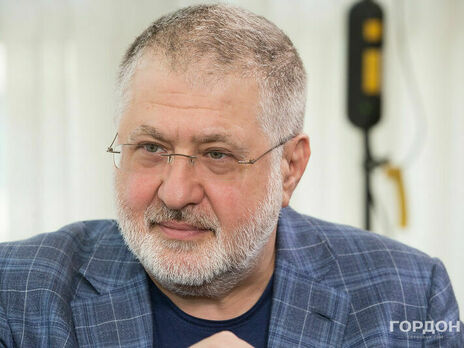 The authors of the article on LIGA.net point out that in the media war between the president and Akhmetov it is Kolomoyskyy who becomes Zelenskyy's main support
Photo: Rostislav Gordon / Gordonua.com

Businessman Igor Kolomoyskyy is helping President Vladimir Zelensky in his war with businessman Rinat Akhmetov, and in return he expects a quiet life and preferences in business from the authorities, writes LIGA.net in an article published on 14 December under the headline "Disassembly. Zelensky's reserve aerodrome. How Kolomoisky benefits from Bankova's war with Akhmetov."

"Kolomoisky helps Zelensky in his war with Akhmetov – with support in the parliament and on the 1+1 channel. In return, he wants a quiet life and preferential treatment in business. President Volodymyr Zelenskiy has not burned bridges in his relations with Ihor Kolomoyskyy, although he has publicly denied any contacts with the oligarch," – the agency wrote.

The authors of the article note that it is Kolomoyskyy who is becoming Zelenskyy's main support in the president's media war with Akhmetov.

"Loyal to the oligarch deputies help the weak monocoalition with votes, and the 1+1 TV channel shows a good picture which is good for the authorities. In return, Kolomoisky can rely on business bonuses from Bankova, as well as seats for his people in the Servants of the People lists," the material said.

Journalists turned to Kolomoisky for a comment, but did not receive an answer.

"In the first year of Zelensky's presidential term, the businessman demonstrated in every way that he was the boss of the situation. He occasionally put spokes in the wheels of the initiatives of the mono-majority. It was Kolomoyskyy, according to Zelensky's circles, who was behind the "leak" of the audio recordings, which resulted in the dismissal of the government of Oleksiy Honcharuk," the authors noted.

LIGA.net writes that now Zelensky does not communicate with Kolomoisky personally, according to one of the leaders of the OP, the head of the faction Servant of the People David Arahamia is now responsible for contacts with him.

"Kolomoisky's main asset, which Zelensky is certainly interested in in his war with Akhmetov, is the 1+1 television channel. According to four interlocutors in the leadership of the OP and the SN, the situational alliance with Kolomoisky includes the absence of criticism and "knives in the back" on 1+1, – say journalists.

In addition to support on the TV channel, Servant of the People receives support from deputies who are loyal to Kolomoisky, they claim.

"According to three LIGA.net interlocutors in the SN leadership, there are now about 15 such deputies in the mono-majority, and up to 10 in the deputy group For the Future," the authors of the article reported.

The important spheres in which Kolomoyskyy is interested, according to LIGA.net, are the split of the state company Ukrnafta, the Big Construction project – the production of cars and road construction, where companies close to the businessman are leading among the largest contractors.

"Energy, infrastructure, industry and aviation are the spheres where Kolomoyskyy and his business partners' interests are concentrated," the analytical article said.