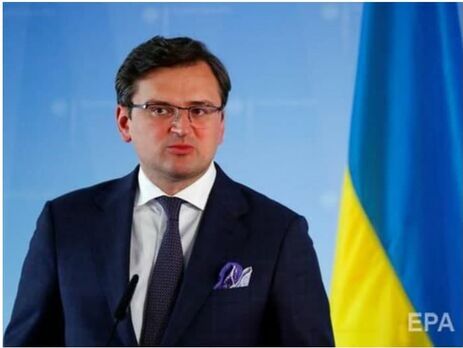 Kuleba: Everyone understands the source of the crisis, how it was created
Photo: EPA

Ukrainian Foreign Minister Dmytro Kuleba has said that the gas crisis in Europe was created manually. He said this in an interview with Interfax-Ukraine, an extract of which was published on October 4.

"Everyone understands the source of the crisis, how it was created. Obviously, there is an opinion in Europe that a solution with Russia will be found and the problems will be stabilized. Because even in the most terrible dreams a West European politician or a businessman cannot imagine that Russia will leave them and freeze houses, factories and plants," Kuleba said.

He stressed that Russia created the gas crisis artificially.

"It is overlapped with the acceleration of the "green transition" in Europe. We see an extraordinary situation in China, which is also officially explained by the "green transition," the reduction of coal mining. I do not exclude the possibility that the problems of our pipeline can become just a small element of the general energy world crisis," believes the minister.

Market prices for gas in Europe for the first time set a three-year record in August, when they topped the level of $600 per 1,000 cubic meters. The price increase was triggered by the results of an auction in which Gazprom refused to reserve additional capacities for transit through Ukraine, the RBC news agency wrote.

Since then, the gas price has repeatedly renewed the record of the last three years and reached a new historic high of $1,204 per 1,000 cubic meters on September 30.

On 20 September, Gazprom once again refused to reserve additional capacity for gas transit through Ukraine. After that, the price of October TTF spot gas futures soared to $918 per 1,000  m³.

A group of MEPs said Gazprom may be guilty of record gas price increases in Europe and of market manipulation, Bloomberg reported September the 20th. Gazprom denied the accusations.

According to Reuters, Gazprom as well as Norway's Equinor cover 60 percent of the entire EU gas market and have benefited the most from the jump in spot gas prices. According to the agency's calculations, the price of gas in Europe has recently increased by 300 percent.