Lawyer: I observe the process of selecting a measure of restraint for mayor Trukhanov. In fact the process lacks any evidence 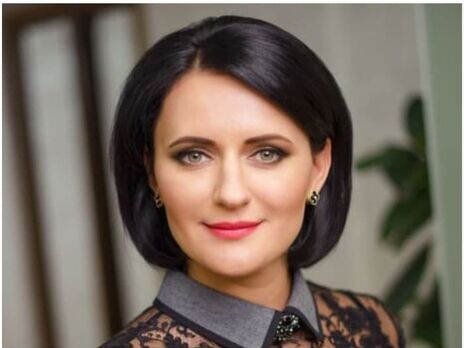 Olga Prosyanyuk: The court will investigate the invalidity of the accusations and the fact that the land had not gone anywhere
Photo: Olga Prosyanyuk / Facebook

During the consideration of cases against the Mayor of Odesa Gennady Trukhanov, the court will consider the invalidity of the charges and the fact that the land, which, according to the prosecutor, was removed from municipal property, has not gone anywhere and rent payments are paid for it. Lawyer Olga Prosyanyuk expressed this opinion in her Facebook.

"I observe the process of selecting a preventive measure for the mayor of Odesa Gennady Trukhanov. Everything is as always: the briefing is sticking of labels, and in fact the process lacks any evidence. The requirements of the procedural legislation are reduced to the fact that in order to hand a suspicion over to a person and select a preventive measure, there must be evidence:
1. the commission of the crime;
2. risks that the person will evade trial and investigation.

"Having a look at the text of the suspicion to Trukhanov G.L. in the Telegram-channel, we can safely say that such a suspicion can be given to any mayor or civil servant, just choose the last name", - the lawyer wrote.

She added that the point of the suspicion comes down to the fact that there is some kind of criminal organization, which includes employees of Odesa City Council.

"They follow their job description, hold meetings, make decisions, implement them. And this, according to the prosecution, is a crime. Certainly, in the process of consideration of these cases, the court will sort out the groundlessness of accusations and the fact that the land (which, according to the prosecutor's arguments, was removed from the municipal property) has not gone anywhere, the rent payments are paid for it, and all other unfounded accusations. I just wish that the arguments for certain accusations were not in words, but in deeds, or rather in the validity of the evidence, and the prosecution did not forget about the presumption of innocence", - summed up Prosyanyuk.

According to Ukrainska Pravda, during a break in court Trukhanov told journalists that the criminal proceedings against him were allegedly ordered by the head of the Executive Committee of reforms, former Chairman of the Odesa Regional State Administration Mikhail Saakashvili.

The mayor of Odesa also said that he does not have 120 million UAH to bail. "120 million bail. Where will I get this money? The representative of the prosecution tried to mislead the judge by saying that my finances allow me to pay such a bail. He said I bought an apartment last year. What apartment? What risks? Why do you need to ask for custody now? I have not escaped in four and a half years," he said.

On October the 6th, 2021, detectives of the National Anticorruption Bureau handed over the suspicion to Trukhanov and three more officials of Odesa city council in relation to abuse of authority and participation in a criminal organization. The actions of the suspects are qualified under Part 1 Article 255 (the establishment or participation in a criminal organization) and Part 2 Article 364 (abuse of power or official position, causing serious consequences) of the Criminal Code of Ukraine.

Trukhanov and 11 other people, including officials of Odesa City Council, are also involved in the case of damage to the city's budget - the purchase of the Kraian factory building. In 2019, the Malinovsky District Court of Odesa found Trukhanov and the other suspects not guilty in the proceedings, the SAP appealed, and in 2021 the Supreme Anti-Corruption Court cancelled the verdict of acquittal, sending the case for reconsideration in the first instance VAKS.