NBU Head on the Government's calls for a large-scale hryvnia emission: This is unacceptable 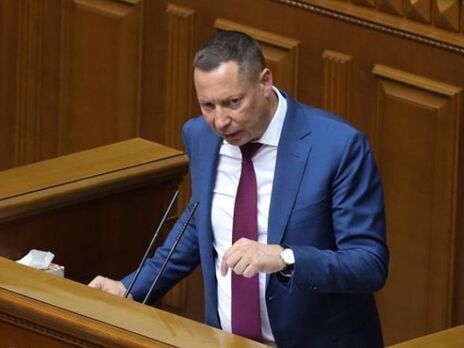 Kyrylo Shevchenko: Payments will depreciate even faster than they will be increased. And this is the loss of social stability, which can result in the second front within the country at war
Photо: rbc.ua

In a column on the website LB.ua, Head of the National Bank of Ukraine (NBU), Kyrylo Shevchenko, says that he considers it unacceptable to finance the budget by issuing, as this can lead to a vicious circle of uncontrolled devaluation and inflation and the collapse of the financial system.

The head of the NBU stresses that the result of a large-scale hryvnia emission will be depreciation of citizens’ incomes and savings and the collapse of the economy. The head of the Regulator proposed some other solutions: to use accumulated international reserves, to borrow at the expense of attractions in the domestic market, to redistribute resources by reducing non-priority expenditures, and to issue.

“Emission financing seems to be the easiest solution, at least in the short term. After all, it imposes a hidden ‘inflation tax’ on society, which may even allow reducing the budget deficit to acceptable levels if budget expenditures are ‘frozen’ and nominal incomes increase due to inflation. But the issue will lead to depreciation of the hryvnia due to devaluation and inflation,” believes the NBU head.

Kyrylo Shevchenko described the so-called ‘spiral of inflation-devaluation-wages’, which was characteristic of Latin American countries, and led to permanent financial crises.

“Such a vicious circle can easily result from politicians’ attempts to overcome the negative effects of inflation on the population by raising social standards. As a result, in order to pay indexed salaries and pensions, more emission will be required. Therefore, payments will depreciate even faster than they will be increased. And this is the loss of social stability, which can result in the second front within the country at war,” says Shevchenko.

According to the NBU head, depreciation of the hryvnia may lead to a drop in the level of trust in the national currency, which may take decades to restore.

“Under conditions of high inflation, money first stops being a means of saving (people save in foreign currencies), then – a means of measuring value (prices are set in more stable conventional units, currency, etc.). At the last stage, money no longer serves as a means of exchange. In markets and shops, they begin to accept foreign currency or switch to barter. Normal redistribution of resources becomes impossible, the economy is in decline,” says Shevchenko.

He stresses that a large-scale emission could lead to a loss of control over the economy, which, in turn, could undermine the country’s defense capability, which was achieved, including through balanced actions of the NBU.

“The banking system has steadfastly withstood the challenges of the first war months. However, significant devaluation, outflow of liquidity, loss of trust are inevitable attributes of emission in significant volumes. When the economy switches to barter or foreign currency and, to a large extent, goes into the shadows, the state generally loses the leverage to accumulate and redistribute resources, as control over the financial system is lost. This, accordingly, can no longer be a support for victory in the war,” warns Shevchenko.

The NBU head called on the Government to reduce the deficit in ways that are safe for the financial system.

“Despite unpopularity of difficult decisions, it is now more important than ever that the government assumes political responsibility and finds opportunities to reduce the budget deficit and minimize emission financing of the deficit. Only such actions will make it possible to ensure macro-financial stability of the country, which should be the foundation of its defense capability in the war,” concludes Kyrylo Shevchenko.