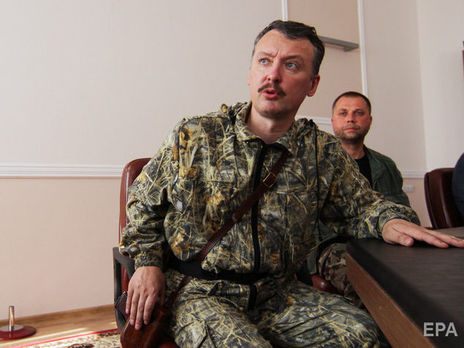 On May 18, Igor Girkin, former leader of ‘DPR’ militants, gave an interview to Dmitry Gordon, founder of GORDON media, and two days later – another one to the Times. Brechtier van de Mosdejk, Prosecutors’ spokesperson, thinks that Girkin’s statements could be added to the materials of the case of Boeing 777 crash.

According to her the interviews might be submitted into the case “which is very large and contains various different documents.”

However, she added that it was not clear yet whether particular Girkin interviews would be used as evidences.

On May 18, Dmitry Gordon, founder of GORDON media, published on his YouTube channel his interview with Girkin. In the interview Girkin talked about armed conflict in Donbas, the Malaysian airplane downed in Donetsk region, Russian President Vladimir Putin, his former aide Vladislav Surkov, and the court in the Hague.

Two days later the gunman made another interview with the Times newspaper. He declared that he accepted “moral responsibility” for death of 298 people in Boeing 777.

From April to August 2014 Girkin took part in armed conflict in Donbas. Under his command in April combatants attacked and seized Sloviansk in Donetsk region and controlled the town until July. In early August it was reported that Girkin resigned as “Minister of Defence of the DPR” and returned to Russia.

Ukraine has issued an arrest warrant against Girkin. He has been accused under a number of articles of Criminal codex of Ukraine including article 258-3 (establishing of terrorist group or terrorist organization), article 294 (mass riots), article 258 (committing a terrorist act), article 341 (siege of governmental or public buildings). He is one of four persons accused in the case of the Malaysian Boeing 777 shot in the sky over Donbas on July 17, 2014. Court hearings are in progress in the Netherlands, Girkin refused to participate in them.

Christo Grozev, investigative journalist at Bellingcat international group, reckons that information made public in Girkin’s interview with Gordon could be used in court process in the Netherlands. “It is obvious for me that some of the questions had been prepared with intention to trap Girkin” – emphasized the Bellingcat representative.