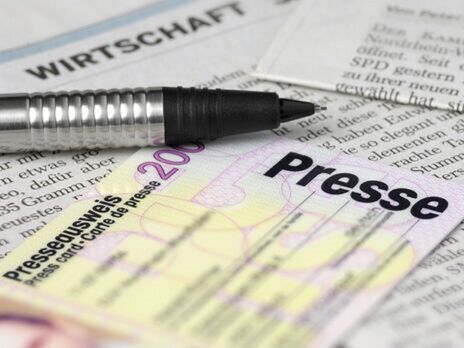 The NUJU reported that in Melitopol the occupiers control 90% of the information space
Фото: depositphotos.com

In the temporarily occupied Melitopol, Zaporozhye region, there are no Ukrainian newspapers, radio, or television left: 90% of the information space is Kremlin propaganda. Serhiy Tomilenko, head of the National Union of Journalists of Ukraine (NUJU), wrote about this on Facebook on May 2.

“First of all, the occupiers seized modern means of information and communication: they posted their guards at the TV tower on the southern exit of the city and took control of all radio frequencies. Soon, instead of Ukrainian channels, occupation channels appeared on T-2. Russian technologists responsible for production of local propaganda," the head of the NUJU said.

In particular, the occupiers began publishing the MV newspaper under the well-known Melitopol brand, which is the mouthpiece of the occupiers, "praises caring Chechens, informs about the Russian order in the city and the region, about humanitarian aid."

"They were given the director of the local MTV-Plus TV and radio company, Oleg Shostak, to help them. Now Oleg Shostak has become such an "important person" that he moves around the city only accompanied by an escort. They take him every morning from the business center to the planning meeting of the military-civilian administration ", said Tomilenko.