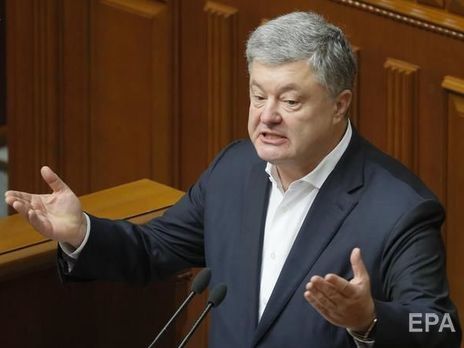 Giovanni Salvetti, Managing director - head of CIS at Rothschild, says that to get a blind trust to manage the assets is a smart move for a businessperson who decided to have a political career. Salvetti noted that it was the option taken earlier by Petro Poroshenko, the fifth President of Ukraine.

Giovanni Salvetti, Managing director - head of CIS at Rothschild, in his interview of November 14 for NV Business, declared that his Company ceased to manage the assets of Petro Poroshenko, the fifth President of Ukraine.

“However, trust is an Anglo-Saxon legal structure mainly used to separate assets from its beneficiaries. It was a smart decision for a businessman with large actives who decided to have a political career. You remain a beneficiary, you economically benefit from the assets, but you do not manage the business, you make no decisions on the assets” – elaborated Salvetti.

According to him Poroshenko had “decided to use this instrument.”

“But then again we are not in this business anymore,” – he said.

“Would you please be more specific about Poroshenko: do you proceed to manage his assets placed in his blind trust?” – journalist asked again.

Previously NV Business wrote that bank – trust operator had been authorized for four years to negotiate any selling of Roshen Corporation estates. Viacheslav Moskalevskyi, the Prtesident of the Corporation, owns 13% of shares via “Konditerinvest” investment fund. Other four top managers own 0.5% of shares each. “Nothing has changed, I keep contacting Rothschild Trust representatives. Once a year dividends are paid to them,” – claimed Moskalevskyi in November 2019.

In November 2019 there were reports that Poroshenko commenced a legal process of transferring his confectionery business ownership to his eldest son Oleksii. Roshen Corporation has confirmed it for NV. Anti-Corruption Action Center website also made public that as of November 6 Oleksii Poroshenko, the eldest son of the fifth President, is the beneficiary of “Central-European confectionery Company” LLC (CECC). Petro Poroshenko remains to be the beneficiary of several other enterprises that are controlled by CECC: LLC “Roshen-Stolitsa”, JSC “Kyiv confectionery factory “Roshen”.