Russia Used More Missiles And Bombs In Ukraine Than Planned, And Continues To Suffer Heavy Losses - UK Ministry of Defense 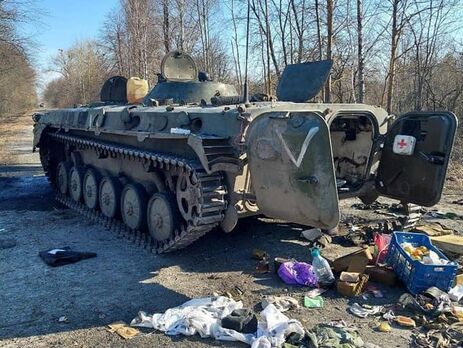 The UK Department of Defense assumes that Russia has used up more air launched weapons in Ukraine than expected, so they begun to use older and less accurate ones. The department announced this on Twitter on the night of March 17.

"Given the delays in achieving its goals and the inability to control Ukrainian airspace, Russia is more likely to expend many more air-launched weapons than originally planned. As a result, Russia is resorting to using older, less accurate weapons that are less effective in the military respect and is more likely to result in civilian casualties.

Given the delays in achieving their objectives and failure to control Ukrainian airspace, Russia has probably expended far more stand-off air launched weapons than originally planned.

On the morning of March 17, the British Ministry of Defense noted that Russian troops were "largely stalled on all fronts."

In recent days, according to the agency, Russian troops have made minimal progress on land, at sea and in the air and "continue to suffer heavy losses."

"Ukrainian resistance remains strong and well-coordinated. The vast majority of Ukrainian territory, including all major cities, remains in the hands of Ukrainians," the British Ministry of Defense said.

Airborne weapons, in particular, include aerial bombs and missiles.