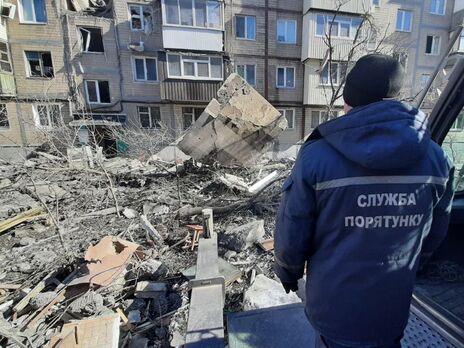 Hundreds of houses are destroyed in Kharkiv
Photo by SESU / Facebook

Since February 24, since the Russian invasion of Ukraine began, Russian occupation forces have killed more than 500 civilians in Kharkiv. This was announced by the press center of the State Emergency Service of Ukraine (SESU) on Facebook.

"According to confirmed data alone, since the beginning of the war in Kharkiv, the invaders cynically killed more than 500 civilians, 88 of whom rescuers had to get out of the rubble. Search work continues. lives," the SESU said.

Last night, two high-rise buildings came under artillery fire from the Russian army, several apartments and fires were destroyed. The ignition area is 200 m, the fires were extinguished. In total, four people were rescued from the rubble last night, and two more were found dead.