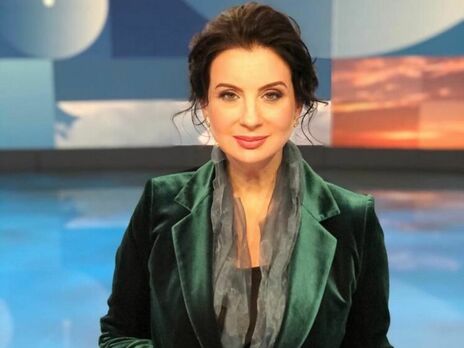 Russian propagandist Ekaterina Strizhenova stumbled and lost her balance in TV studio during live broadcasting of “Time will show” on Russian First TV channel after an advertisement block was announced. By doing so she has interrupted one of the guests who was commenting Holodomor in Ukraine.

Russian propagandist Ekaterina Strizhenova fell on live air of “Time will show” propaganda talk show on Russian First TV channel. This fragment of the show was made public on Orion Nebula YouTube channel on March 29.

During discussion of Holodomor in Ukraine the hostess interrupted one of the guests by announcing an advertisements block.

“This kind of politics we have. What else we are to repent for – after an advertisement.” – Strizhenova pronounced with emotion, made several brisk steps backwards, stumbled and fell on her back.

The TV channel made no statement on her health. Full video of the show is not published yet on its YouTube channel.

Video of the discussion that preceded a commercial brake was posted on “Avenger for the hare” YouTube channel.

“Time will show” is a propaganda talk show on Russian First TV channel. Strizhenova works as its host since 2017. Among other things, the guests of the show discuss events in Ukraine on regular basis.