Schwarzenegger congratulated Klitschko on his victory in Kyiv mayor election 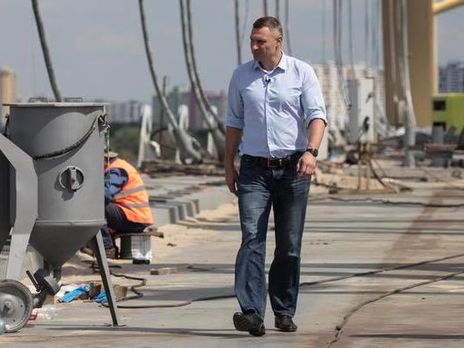 Vitali Klitschko, mayor of Kyiv, made a remark that actor and former Governor of California Arnold Schwarzenegger monitors developments in Ukraine.

Arnold Schwarzenegger, actor, ex-Governor of California, congratulated Vilali Klitschko, incumbent mayor of Kyiv, with victory on city’s election. Klitschko wrote about it on his Facebook page.

“Friends! Several days ago my friend Arnie underwent heart surgery. He’s got new aortic valve installed. But he is strong and he is winner! He’s feeling good. And he monitors the developments in Ukraine,” - Klitschko wrote.

To his publication, he had attached a picture with exit polls results performed by Institute for city’s development on request of UDAR party with a hand written message “Vitali, Congratulations. I am so proud of you. All the best. Your friend, Arnold”

According to this exit poll Klitschko was winning mayor election in first round with 50,2% of the votes.

Exit polls by joint Savik Shuster studio and Ukraine 24 TV project showed that there would be second round of mayor election between Klitschko with 45.93% and Olexandr Popov, candidate from “Opposition Platform – For Life” with 9.62% of votes.

On October 25, on the territory of Ukraine except annexed Crimea and occupied areas of Donetsk and Luhansk regions local elections were held. Ukrainian citizens were voting for the heads of cities, towns and villages, as well as deputies to regions, districts, cities, towns and villages councils. For the first time the elections were organized under new Electoral codex rules — by proportional system with open party-lists.