Shymkiv: Free access to COVID-19 vaccines is expected not before early 2022 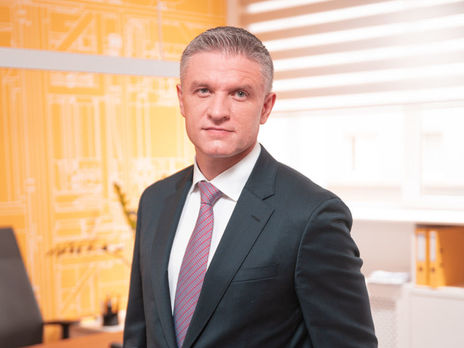 Dmytro Shymkiv: In the meantime, they will be produced and supplied at the request of states
Photo: Darnitsa Group

There is a global need for vaccines against coronavirus, and the capacities of the companies that produce them are limited; so free access to vaccines will appear when the global needs are met, explained Dmytro Shymkiv, Chairman of the Board of Darnitsa Group.

People in different countries will be able to get free access to vaccines against COVID-19 not before early next year. Dmytro Shymkiv, Chairman of the Board of Darnitsa Group, said this on the air of radio NV, dedicated to the joint special issue “Defeat the corona” of the NV magazine and the British magazine The Economist. The broadcast recording was published on the YouTube channel of NV.

According to Shymkiv, the reason for the slow release of drugs to the free market is the global need for vaccines.

“Free access to vaccines will appear early next year. Today, there is a global need for these drugs in the world, and the capacities of the companies that produce them are limited. Accordingly, free access to vaccines will emerge when the global needs are met. In the meantime, they will be produced and supplied at the request of states,” Shymkiv noted.

Commenting on the issue of free movement of people around the world, he did not rule out that some countries will be more loyal to the history of vaccination and, accordingly, the prerequisites for visiting them will be less stringent. Shymkiv supposed that the World Health Organization will deal with the issue of universal COVID passport, which will help countries to resolve differences. The Chairman of the Board of Darnitsa Group also explained how the percentage of a given vaccine efficacy is calculated.

“When a vaccine is tested, people are sampled into groups of those who receive vaccine and those who get a placebo. Participants don't know who gets a placebo and who gets a real vaccine. This is called double blind testing. Then, accordingly, people who received real drugs are observed. And at certain time intervals after the administration of the drug, a measurement occurs: how many people fell ill in each group, and how many did not.  This percentage of efficacy means how many people in the group of the vaccinated did not get sick in relation to the placebo group,” noted Shymkiv.

He also said that in different countries participating in the study, the percentage of vaccine efficacy can vary, and it was calculated based only on the received own data. He spoke of Sinovac as an example. The drug from this manufacturer was reported to be effective at 65% in Indonesia, 91% in Turkey, and 50% in Brazil. But no country provided the necessary information on how many people who had been vaccinated were included in the efficacy analysis, how old they were, how long the vaccinated people were followed up and, finally, what was the epidemiological situation in the country during the observation.

According to Shymkiv, when it comes to comparing vaccines and their efficacy, it is necessary to have complete information about the peculiarities of the study, to collectively evaluate the results obtained in different countries for the same vaccine, and to understand that such an assessment of efficacy was made on a sufficient sample of people.

Chief state sanitary doctor of Ukraine, deputy minister of health Viktor Liashko said that the first batch of vaccine within the framework of the global COVAX initiative will be delivered in Ukraine approximately on February 15, and at the same time the vaccination campaign will begin. The first batch will contain 117 thousand doses of Pfizer/BioNTech mRNA vaccine.

The Ministry of Health plans to purchase 1,9 million doses of CoronaVac vaccine produced by the Chinese company Sinovac from the Ukrainian company Lekhim, which received a quota for the import of 5 million doses of Sinovac Biotech vaccine into Ukraine in the first half of 2021. It is expected that the first 700 thousand doses will be delivered in Ukraine by the end of February.

On January 25, the President of Ukraine Volodymyr Zelensky announced that the country will receive the “first million” doses of coronavirus vaccine “from a leading global company.”

On January 29, Zelensky signed the law allowing registration of coronavirus vaccines in Ukraine. The document, in particular, prohibits the registration of drugs developed in the aggressor country (Russia).

According to Bloomberg, as of February 1, more than 98 million people have already been vaccinated against coronavirus in the world; vaccination campaigns have started in 62 countries.