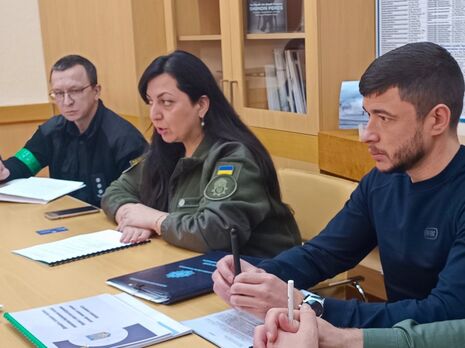 The scale of the disappearances on the territory of Ukraine since the beginning of Russia's full-scale military aggression is unprecedented in world history. This was stated by Deputy Minister of Internal Affairs of Ukraine Mary Hakobyan on April 29 during a meeting with a delegation of the International Commission on Missing Persons, the press service of the Ministry of Internal Affairs writes on Facebook.

“Mary Hakobyan said that the scale of the invasion and, as a result, the number of missing people in Ukraine is unprecedented in modern world history. about 2,000 bodies of the deceased received the status of unidentified, of which 1,282 were subsequently identified," the press service informed.

"Breaking Into People's Homes And Taking Away The Food." The Head Of The Sumy Regional State Administration About The Behavior Of The Invaders
17 march, 2022 18.09 |comments: