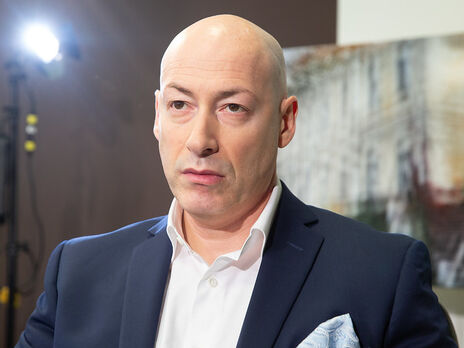 The Russian Investigative Committee is going to put Gordon on The Most Wanted List
Photo by Rostyslav Gordon / Gordonua.com

The Investigative Committee of Russia opened a criminal case against Ukrainian journalist, founder of the online publication GORDON Dmitry Gordon, the press service of the department reported on March 21.

The criminal case was opened under Part 2 of Art. 354, paragraph "b" part 2 of Art. 282, paragraph "a" part 2 of Art. 207.3 of the Criminal Code of the Russian Federation (public calls to unleash an aggressive war; actions aimed at inciting hatred or enmity on the grounds of nationality; public dissemination under the guise of reliable messages of deliberately false information about the actions of the armed forces of the Russian Federation). The maximum punishment under these articles is up to 10 years in prison.

The Investigative Committee claims that on the air of the Ukrainian TV channel (the name is not specified), Gordon “called for an armed attack on the Russian Federation and unleashing an aggressive war against it using nuclear weapons,” as well as “for the destruction of citizens of the Russian Federation on the grounds of nationality, language and origin".

In addition, the Sledkom has complaints about Gordon's dissemination of information about the crimes of the Russian military in Ukraine. The department called publications about the bombing and shelling of civilian infrastructure and civilians, which are the armed forces of the Russian Federation, "deliberately false information."

The Investigative Committee said that it was now conducting examinations to evaluate Gordon's statements, and threatened to "take measures to put him on the wanted list."

Ukrainian journalist Dmitry Gordon addressed Putin after the opening of a criminal case against him in Russia.

"Vladimir Putin, you will not intimidate either Ukraine or me! The criminal here is not me! The Nazi criminal is you! And you will sit on the new tribunal in the same place where the Nazis sat! Judgment awaits you not only on earth, but also in heaven! You and your henchmen will burn in hell! The enemy will be defeated, victory will be ours! Glory to Ukraine!" Gordon stated.

Gordon is one of the most famous interviewers in Ukraine. Over the course of his professional career, he has recorded over 1,000 interviews. Previously, the journalist published the Gordon Boulevard newspaper, until December 2019 he was its editor-in-chief, but then transferred it to the Mega-Press Group LLC publishing house. The journalist said that the era of printed publications is ending and he wants to concentrate on the development of the GORDON online publication and his own YouTube projects. In January 2022, together with his wife, editor-in-chief Alesya Batsman, the journalist launched his own talk show "GORDON" on YouTube.

Now the journalist has two YouTube channels: he launched the Dmitry Gordon channel on June 19, 2011, and the Visiting Gordon channel a year later, on June 20, 2012. On the first channel, Gordon publishes interviews that he gives to other journalists, video messages on current topics, releases of the GORDON program, and also conducts live broadcasts during which he communicates with subscribers. On the second channel, Gordon posts interviews with prominent contemporaries - actors, directors, writers, athletes, politicians, scientists - recorded as part of the "Visiting Dmitry Gordon" project. The first channel now has 1.98 million subscribers, the second - 2.82 million.

Gordon has repeatedly stated that he has not been to the Russian Federation since 2014, when Russia occupied Crimea and part of the territory of Donbass. The journalist consistently criticizes the Russian authorities, Russian propagandists and calls Russian President Vladimir Putin a criminal and the "Hitler of modernity." “There were never Nazis in my country – the Nazis came to my country,” Gordon said after Russia’s full-scale invasion of Ukraine in February 2022

"Breaking Into People's Homes And Taking Away The Food." The Head Of The Sumy Regional State Administration About The Behavior Of The Invaders
17 march, 2022 18.09 |comments:

Russian Troops Dropped A Heavy Bomb On The Theater In Mariupol. Were Located A Thousand People – City Council
17 march, 2022 11.55 |comments: