The Russian Occupiers Seized The Station Through Which Almost A Third Of The Gas From Russia To Europe Passes, Ukraine Has Disclaimed Responsibility 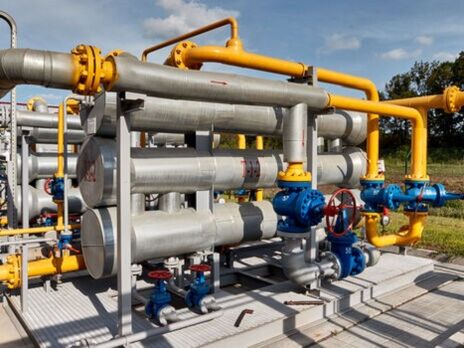 Ukraine is no longer responsible for the transit of gas through the territories occupied by Russia, said in "Naftogaz"
Фото: depositphotos.com

The operator of the gas transmission system of Ukraine reported that the Sohranivka station and the Novopskov border compressor station ended up in the occupied territories and gas transit through them is now impossible. The occupiers interfere in technological processes and carry out unauthorized gas extraction. The message was published on the official website Transmission System Operator of Ukraine (OGTSU) .

The OGTSU noted that Novopskov is the first of the compressor stations of the Ukrainian GTS in the Luhansk region, through which almost a third of the gas (up to 32.6 million m³ per day) is transited from Russia to Europe.

The company emphasized that it cannot control assets located in the occupied territories.

“Moreover, the interference of the occupying forces in technological processes, changes in the operating modes of GTS facilities, including unauthorized gas withdrawals from the transit flow, jeopardized the stability and security of the entire Ukrainian gas transportation system,” the message stressed.

The OGTSU said that from 07:00 on May 11, gas will not be accepted into the GTS of Ukraine at the physical point of the Sokhranivka junction.

"The company has repeatedly reported to PJSC Gazprom about the threats to transit due to the actions of the occupying forces controlled by Russia, and demanded to stop interference in the operation of facilities, but these appeals were ignored," the OGTSU noted.

To fulfill transit obligations to European partners, it is possible to temporarily transfer gas intake to the nearest physical connection point "Sudzha", located on the territory controlled by Ukraine, the company noted.

As the head of the board of NJSC Naftogaz of Ukraine Yuriy Vitrenko explained on Twitter, the Russian side can move the required amount of transit to another point of accession to Ukraine.

Gazprom has been duly notified that Ukraine is no longer responsible for the transit of gas through the territories occupied by Russia," he stressed.