The U.S. Embassy told how Biden can help in freeing prisoned Ukrainians in Russia 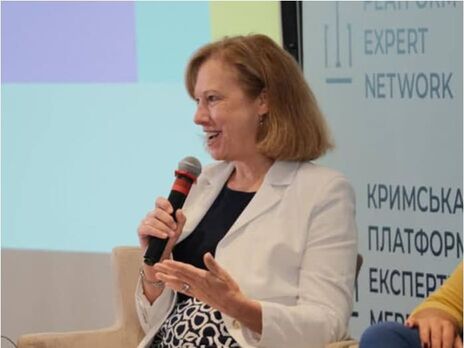 The USA uses different instruments to help in freeing prisoners of war - public claims, multilateral platforms, bilateral negotiations. Charge d`affaires a.i in Ukraine Kristina Kvien claimed this in an interview for Radio Svoboda published on September the 6th on YouTube.

While visiting Washington the President of Ukraine Volodymyr Zelensky passed a list of about 450 prisoners of war in temporarily occupied territories of Ukraine and in Russia to the U.S. President`s team. Zelensky asked Biden "What help can the USA give" in freeing them.

"The U.S. regularly supports political prisoners detained around the world, not just in Russia. Inappropriately detained political prisoners in Russia are a cause for concern in the U.S. We will continue to work for their release, we always have," said Kvien – We do that through bilateral negotiations, we use multilateral platforms like the OSCE, we also draw attention to cases like the detention of Crimean Tatars, we made a statement."

Right after the annexation of Crimea, Russia began armed aggression in eastern Ukraine. Fighting is taking place between the Armed Forces of Ukraine on one side and the Russian army and Russian-backed militants who control parts of Donetsk and Luhansk regions on the other side. Officially, the Russian Federation does not recognize its invasion of Ukraine, despite the facts and evidence presented by Ukraine.

Since the annexation of Crimea, according to the international organization Human Rights Watch, the human rights situation on the peninsula has significantly worsened. Under various pretexts, including the fight against extremism, the authorities persecute people who dare to openly criticize Russia's actions on the peninsula, especially Crimean Tatars.

On 20 July 2021, Denisova reported that Russia was persecuting 93 Crimean Tatars for political reasons. According to her, the militants are holding 405 citizens of Ukraine in places of detention in the temporarily occupied Donetsk and Luhansk regions.

On September 3, the occupation authorities detained Eldar Odamanov, a resident of Simferopol, a Crimean Tatar. The search took place in the case of alleged explosion at the gas pipeline. On the night of September 4, Aziz Akhtemov, Asan Akhtemov and Shevket Useinov were detained.

On September 4, Russian security forces came in for a search to Nariman Dzhelyalov, after wich he was taken away.

The same day Crimean Tatars came to FSB building in Simferopol for protests. Russian security forces had detained from 40 to more than 50 people there. Later they were let go.

Zelensky thinks that new detentions on the occupied demi-island are connected to the start of work of the Crimean platform.

Prosecutor's offices of Crimea and Simferopol started a criminal case of kidnapping and violation of the inviolability of the home.