"There Have Never Been Such Operations In The History Of Mankind." Biletsky Spoke About The Air Breakthrough In Mariupol 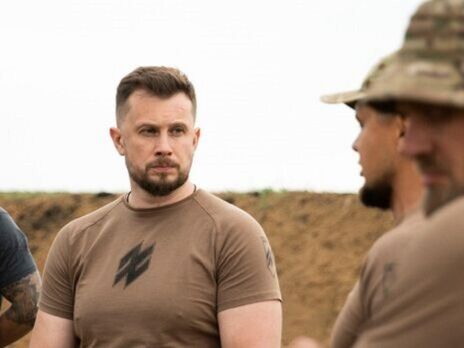 In a special operation, Biletsky was involved in the organization of the patatroopers
Photo by Андрій Білецький / Twitter

There were five attempts to break into the Russian-occupied Mariupol in the Donetsk region to help the Ukrainian defenders, two of them were unsuccessful. Andriy Biletsky, the first commander of the Azov National Guard Regiment, spoke about this in an interview with Ukrayinska Pravda, published on May 21.

The special operation of the air breakthrough in Mariupol was planned and carried out under the auspices of the Main Intelligence Directorate of the Ministry of Defense of Ukraine. Biletsky, according to him, was involved in the organization of the landing.

In particular, 72 Azov fighters were transported by helicopters to strengthen the defense of the city, the serviceman noted.

He stressed that the air breakthrough made by the Ukrainian army has no analogues in world history.

“That is, at first everything was fine. And in the end it is clear that the enemy is developing, watching, he understands that helicopters are breaking through into Mariupol. In these attempts, one must first highlight the heroism and maximum professionalism of Ukrainian pilots. Not in any “black hawk falls” Americans have never allowed themselves to enter more than a hundred kilometers into an air defense system in depth while patrolling enemy fighters in the air. There have never been such operations in the history of mankind," Biletsky said.

He separately singled out a Mariupol fighter, an Azov fighter under the pseudo-Kelt, who was one of the first to be delivered by helicopter to Mariupol. The Celt died the day after arriving in the city.

“He died the way he wanted, by the way. He told many friends:“ I want to die at home. ”And he died on the next street from the house where he was born and grew up. He died right in the heart of his small homeland,” Biletsky said.

The serviceman also spoke about the commander of the first crew, whose story is worthy of a film adaptation.

"Perhaps, after the war or even during the war, it will be filmed. This is a story for a film. But let this person tell himself. This should be told by an officer, a pilot. And he has something to tell. He is alive and well," said the first commander "Azov".

In addition, doctors were also delivered to Mariupol. And they flew there on their own initiative.

“On the last flight, doctors agreed to fly in a helicopter. It was a nurse, an anesthesiologist, two surgeons – five representatives of medical personnel, civilians. These are people from the Dnieper. They are real heroes in my eyes,” Biletsky said.

According to him, the most difficult thing was to fly the first crew and those who already knew that the Russians had calculated the flight path and positioned the air defense systems accordingly.

“They flew, clearly understanding that the probability of dying is simply enormous. But they flew because they understood that our people were dying there,” Biletsky emphasized.

The General Staff of the Armed Forces of Ukraine reported late on the evening of May 16 that 264 Ukrainian servicemen, including 53 seriously wounded, were evacuated from Azovstal.

On the night of May 17, President of Ukraine Volodymyr Zelensky announced the start of an operation to rescue the defenders of Mariupol. According to him, it "requires delicacy and time."

On May 17–18, Russian and Western media reported that another part of the servicemen had left Azovstal. The Ukrainian authorities have not officially commented on this. On the afternoon of May 20, servicemen, including the command of the garrison, remained at Azovstal.

According to the British intelligence, on the morning of May 20, up to 1,700 Ukrainian soldiers left the Azovstal plant. Zelensky, in an interview that was released on May 20, expressed the expectation that the removal of military personnel would be completed in the next "not even days, but time."

The international human rights organization Amnesty International warned on May 18 that they were seriously concerned about the fate of the defenders of Azovstal.

Advisor To The Mayor Of Mariupol: The Russians Have Completed The Removal Of Bodies From The Drama Theater. We'll Never Know How Many People Died There
22 may, 2022 20.38 |comments: