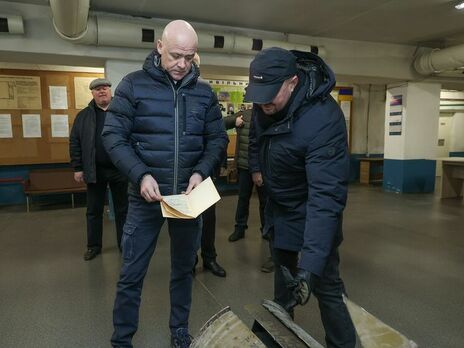 Trukhanov instructed relevant services to prepare a list of civil protection means, which are in the city
Photo: omr.gov.ua

The expiration date of the current ventilation and air filtration systems at civil defense facilities in Odesa has expired long ago, so it is necessary to install new ones, said the mayor Gennady Trukhanov during the inspection of such facilities and the meeting on January 21. This was reported by the website of the Odesa City Council.

"I am convinced: the installation of life support systems is an issue that should be considered at the national level. I will prepare appropriate appeals to the National Security and Defense Council and to our international partners who support Ukraine and Odesa, in particular in the issue of increasing defense capabilities," said Trukhanov.

He instructed the relevant services to prepare a list of civil protection means, which are available in the city, as well as the estimated need for such means and the list of their manufacturers.

"At the moment in Odesa there are 353 defense structures of civil protection of different forms of ownership. Of these, 85 are in municipal ownership. In 2014-2015, all protective structures were put in order. City services have removed more than 500 cubic meters of garbage that had been stored for years by the residents of adjacent houses. The water supply and sanitation systems were also repaired. Now city services continue to maintain these objects in proper condition," the press service of the City Council said.

The Kremlin called the reports on the preparations for the invasion "rubbish" and accused Kiev of preparing for aggression "against the 'LPR' and 'DPR'. The Ukrainian Foreign Ministry denied Russian misinformation about alleged preparations for a military attack in Donbas.

The United States and NATO have repeatedly called on Russia to de-escalate tensions on the border. Russia, in turn, has put forward demands for security guarantees, among them not to expand NATO "in the eastern direction" and not to accept states that were formerly part of the USSR into the Alliance. Talks between Russia and the United States, NATO and OSCE were held on these requirements in January 2022. At their end, Russia said that it had not received any guarantees from the US and NATO, and US representatives said that Russia was faced with a choice: de-escalation and diplomacy or confrontation and consequences.

In mid-January, U.S. media, particularly CNN, reported that Russia might invade Ukraine in January and February. It could allegedly stage a provocation that would be a pretext for an attack. On January 14, White House press secretary Jen Psaki confirmed that the U.S. side has information that Russia is preparing for sabotage in Donbass: it wants to accuse Ukraine of provocation to justify its invasion. According to the Main Directorate of Intelligence of the Ministry of Defense of Ukraine, Russian special services are preparing provocations against members of the Russian armed forces in order to accuse Ukraine.