Ukraine has violated the free market principles and the rule of law by adopting a scandalous amendment to Bill No. 1049 – CEO of BAT-Ukraine 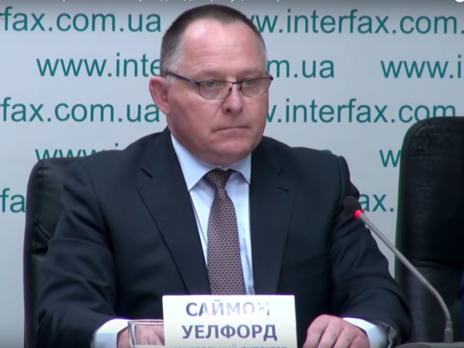 According to Simon Welford, General Director of the British American Tobacco Ukraine Group, the proposal is a violation of the free market concept and a direct interference with business pricing.

An amendment to Bill No. 1049 on the state regulation of the trade margin on tobacco products returns Ukraine to the times of the USSR in the 1970s, said Simon Welford, General Director of the British American Tobacco Ukraine Group, at a press conference in Interfax-Ukraine.

The passed bill No. 1049 on the introduction of a single account for taxes and fees, the single contribution to compulsory state social insurance is positive and aims to help businesses reduce their time to pay taxes.

But the day before the second reading of the bill – without any discussion with the public and business – a group of MPs initiated changes to it that set a fixed margin for wholesalers and retailers of tobacco products at 7% and 13% of the maximum retail prices per pack.

The draft law, which was voted for in the first reading, did not contain any rules regarding the establishment of trade margins or regulation of the tobacco industry. The introduction of such an amendment is a direct violation of the Rules of Procedure of the Verkhovna Rada, in particular Article 116.

According to Simon Welford, the proposal is a violation of the free market concept and a direct interference with business pricing. This rule violates the right to freedom of business, pricing, and harms healthy competition in the market.

According to investors at a press conference, while the new Government declares that it is in line with the principles of free economy and market deregulation, initiatives without compromising business are threatening the status of Ukraine as a market economy country.

Investors stressed that the rule was not discussed with the business community and was adopted contrary to procedures that exist in democratic countries. There was no analysis of the impact on business and government revenue, noone asked for the opinion of the experts.

This approach is more reminiscent of the planned economy of the Soviet times when the state imposed regulations without any bilateral dialogue with the society," foreign investors said at a news conference.