Ukrainian CEC processed 100% of digital protocols. Five parties are to be in Rada 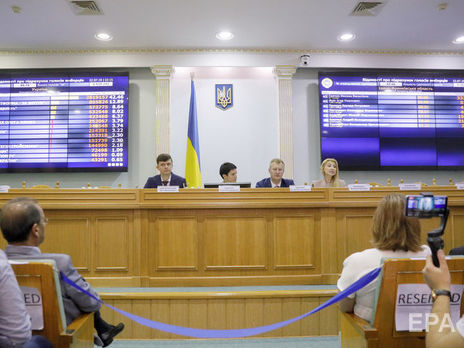 According to Central Election Comission of Ukraine after processing of 100% of voting protocols in the nationwide election district the following parties are elected to Verkhovna Rada: Servant of the People, Opposition Platform — For Life, Batkivshchyna, European Solidarity and Voice.

Central Election Comission of Ukraine processed 100% of digital protocols with results for voting in the nationwide election district in snap elections to the Parliament, reports CEC website.

Pro-presidential party Servant of the People received 43.16% of votes. Opposition Platform — For Life led by the members of the Parliament Yuriy Boyko and Vadim Rabinovich had got 13.05%. Batkivshchyna of Yulis Tymoshenko, member of the Parliament - 8.18%. European Solidarity, the party of the fifth President of Ukraine Petro Poroshenko collected 8.18% of votes and party Voice of musician Sviatoslav Vakarchuk – 5.82%.

The rest of political powers did not manage to pass 5% electoral threshold.

CEC will announce the final result after processing of stamped paper protocols. Those are transported to the commission starting from July 23. By July 25, CEC received 116 protocols reports CEC Facebook page.

On July 21, extraordinary elections to Verkhovna Rada were held. According to Central Election Comission of Ukraine turnout was 49,84%.

The elections were held under mixed electoral system. Nationwide closed party-list proportional voting with 5% electoral threshold elects half of the parliamentarians, and other half is elected by first-past-the-post electoral system in single-mandate districts. 225 members of parliament are elected by parties lists and 199 members — in single-mandate districts (26 districts are situated in the Russia-occupied territories, and the elections were not held there.)