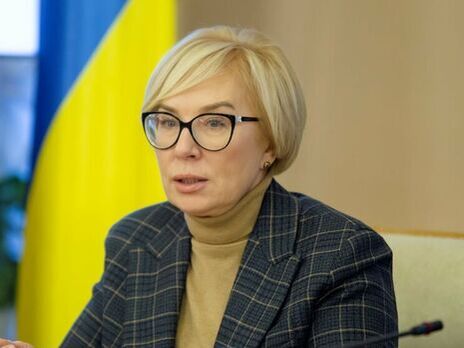 Denisova said that the prisoners were severely beaten, and then forced to sign documents that they were allegedly treated well.
Photo by Людмила Денісова / Facebook

Ukrainians who returned from Russian captivity as a result of the exchange said that they were abused and tortured in captivity. This was reported by the Ukrainian Ombudsman Lyudmila Denisova.

“Ukrainian citizens, upon their return to Ukraine, in exchange, talk about the humiliation and inhuman conditions of captivity. Among those released, there are seriously wounded, with sepsis, amputated limbs,” she wrote.

She said that during the capture, members of the Russian army took the boots from Ukrainian men, filled them with water and forced them to put on shoes again. After that, the prisoners were forced to lie face down in the cold for three to four days.

“With frostbitten limbs and blindfolds, men were transported to Russian camps, then to SIZO No. 1, a prison in the Russian city of Kursk, where they were not provided with any medical assistance,” the Ombudsman specified.

According to her, Ukrainians were dressed in prison uniform, had their hair cut, tortured, forced to learn patriotic Russian songs and perform them for their guards. Interrogations took place two to three times a day, after which the men were severely beaten and subsequently forced to sign documents stating that they had been well treated.

The Ombudsman said that the occupiers nevertheless decided to exchange seriously ill patients with limbs and toes amputated due to frostbite. Due to the lack of ambulances, they transported seriously wounded Ukrainians for five hours on cargo railway platforms.

"By taking civilians hostage, the Russian occupiers violate the norms of international humanitarian law, in particular Article 34 of the Geneva Convention for the Protection of Civilian Population in Time of War of 1949, according to which the unjustified detention of civilian hostages is strictly prohibited. I call on the UN Commission to investigate violations of human rights during the invasion Russia to Ukraine to take into account these violations of the rights of Ukrainian prisoners of war," Denisova said.