"We must finally act". Zelenskyy signed a decree recognising the Kuril Islands as Japanese territory and called upon "everyone in the world" to do the same 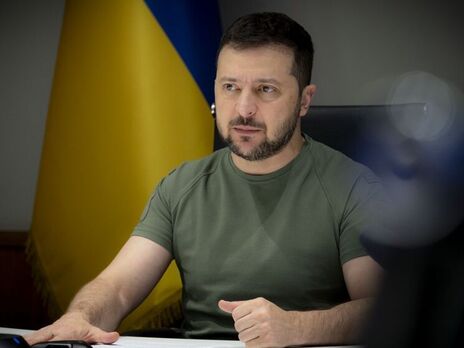 Zelenskyy: Russia has no right over this territory. Everyone in the world knows it very well
Photo: president.gov.ua

Ukrainian President Volodymyr Zelenskyy signed the decree No.692/2022 "On the issue of Japan's Northern Territories" on 7 October.

In the decree, Zelenskyy took into account a resolution of the Verkhovna Rada of 7 October, in which the Ukrainian parliament recognised these territories – the islands of the Kuril chain of Shikotan, Kunashir and Iturup, as well as the Habomai archipelago – as occupied by Russia.

The president decided that Ukraine "reaffirms its respect for the sovereignty and territorial integrity of Japan, including its Northern Territories, which continue to be under occupation of the Russian Federation".

He instructed the Cabinet of Ministers to base diplomatic relations with Japan from the stance that the Northern Territories are an integral part of Japan's sovereign territory.

In an evening speech on 7 October, Zelenskyy described this as legally flawless and fair. The text of the speech is published on the president's website.

"Ukraine has reaffirmed its respect for the sovereignty and territorial integrity of Japan, including its Northern Territories, which are still under Russian occupation. Today I signed a decree to this effect. There is a statement by the Verkhovna Rada of Ukraine. And we call on everyone in the world to adopt similar decisions. Russia has no right to these territories. Everyone in the world knows it very well. And we must finally act. We must liberate all the lands that the occupiers are trying to keep under Russian occupation", – he said.

Zelenskyy believes this is the only way to "return the full force" of international law.

"The UN Charter and the entire set of treaties and conventions on which the international legal order is based will only work when the occupiers lose and the peoples of the world are protected from any occupation. With this war against Ukraine, against the international legal order, against our people, Russia has put itself in conditions where it is now only a matter of time before everything that was once seized and under Kremlin's control is actually liberated. Russia will show all potential aggressors of the world by its own example that an invasive terrorist war in our time is the path to the weakening and inevitable destruction of the one initiating such a war. The aggressor must lose. And so it will be. So that such wars do not happen again and peace is truly long-lasting. Nothing should be left to the invaders", – the president added.

After World War II, the islands of Iturup, Kunashir, Shikotan and the Habomai group became part of the USSR. Russia calls them the Southern Kurils, Japan considers them its territories occupied by the USSR and seeks to return the islands to Tokio's jurisdiction. Because of the dispute over the Kuril Islands, Japan and the Russian Federation have not yet concluded a post-World War II peace treaty.

In September 2018, Russian President Vladimir Putin proposed that Japan should sign a peace treaty by the end of the year without preconditions. However, Japanese Cabinet Secretary Yoshihide Suga said the same day that this was impossible until the territorial dispute over the Kuril Islands was resolved. Subsequently, negotiations on the Kuril Islands have since come to a standstill.

Japan has been actively supporting Ukraine since Russia recognized the independence of territories occupied by the ""LPR"" and "DPR" groups. In particular, the country's authorities decided to impose sanctions against the "LDPR" and freeze the assets of a number of Russian citizens.

On 8 March, Japanese Prime Minister Fumio Kishida said the Kuril Islands belong to Japan. The previous government had avoided such formulations, hoping to make progress on a peace treaty between Russia and Japan. On 21 March, Russia said it was ending negotiations for a peace treaty with Japan and abolishing visa-free travel for Japanese to the southern Kuril Islands.

On 22 April, Japan pointed for the first time since 2003 in its Blue Book of Diplomacy that the Northern Territories were illegally occupied by Russia.