Zelensky About The Defenders Of Azovstal: We Will Take Them Home. This Is What We Must Do 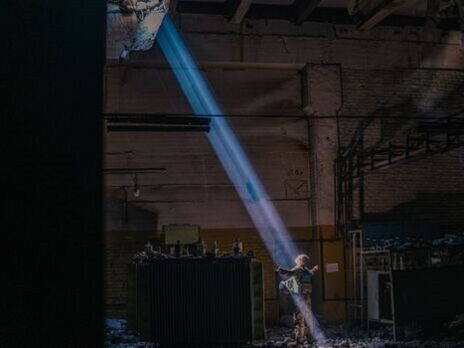 President of Ukraine Volodymyr Zelensky expects that Ukraine will be able to exchange and return home its servicemen and law enforcement officers who were at the Azovstal plant in Mariupol, Donetsk region.

He stated this in an interview with the ICTV channel, which aired on May 21.

"The guys received a signal from the military that they have every right to go out and save their lives. The military command handed over all this to everyone blocked at Azovstal. The mediators, along with the countries I mentioned, were representatives of the UN. We have negotiated with UN Secretary General António Guterres," Zelensky said.

According to the president, after the process of withdrawing the Ukrainian military from Azovstal is completed, everything will depend on the fulfillment of the obligations of the UN, the International Committee of the Red Cross and Russia.

"Further, everything depends on what the UN, the Red Cross, the Russian Federation have taken upon themselves, that the servicemen will be all safe and will expect this or that format of exchange. Today, I see in the foreseeable future that the process led by intelligence today will end – the process of export, withdrawal and preparation for dialogue, for exchange. We will take them home. This is what we must do, we must do it together with the partners who took responsibility," he added.

According to the president, this issue is one of those in the war that should be resolved through diplomacy.

The Azovstal plant is the last facility in Mariupol held by the Ukrainian military. There were soldiers of the National Guard, including the Azov Regiment, SBU officers, military personnel of the Armed Forces of Ukraine, border guards and policemen. There were also hundreds of civilians in the bomb shelters of the plant until recently.

On the night of May 17, Zelensky announced the start of an operation to rescue the defenders of Mariupol. According to him, it "requires delicacy and time." On the afternoon of May 17, Vice Prime Minister - Minister for the Reintegration of the Temporarily Occupied Territories of Ukraine Iryna Vereshchuk announced that the humanitarian operation to rescue the Ukrainian military continues.

On May 17–18, Russian and Western media reported that another part of the servicemen had left Azovstal. The Ukrainian authorities have not officially commented on this. Military personnel, including the command of the garrison, remain at Azovstal. The Ministry of Defense of Ukraine stated that they would not name their number until the operation was completed.

According to the British intelligence, on the morning of May 20, up to 1,700 Ukrainian soldiers left the Azovstal plant. Zelensky, in an interview that was released on May 20, expressed the expectation that the extraction of military personnel would be completed in the near future.

On May 18, the international human rights organization Amnesty International warned that they were seriously concerned about the fate of the defenders of Azovstal.

War in Donbas & Eastern Ukraine
Honorary president of the soccer club "Rukh" Kozlovsky received the "Badge of Honor" for his assistance to the Armed Forces of Ukraine
19 may, 2022 16.56 |comments: