Zelensky named his main goal as a President 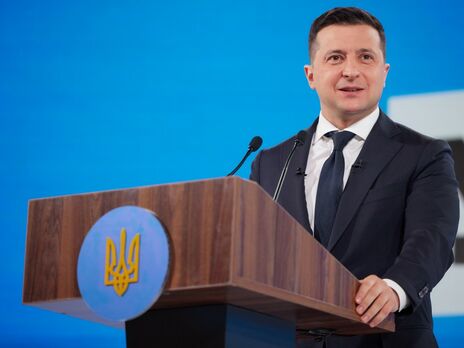 Zelensky: Piece on our land is my main goal
Photo: president.gov.ua

The President of Ukraine Volodymir Zelensky claimed he thinks that as a head of state his main goal is to ensure sovereignty and peace in Ukraine. He made that statement on July the 5th on Ukraine 30 forum, reports GORDON’s correspondent

"The main national interest is peace on our land and this is my main goal as the President of Ukraine. Countering the aggressor, ensuring the sovereignty, restoring the territorial unity of Ukraine is the top priority of our work", – Zelensky said.

He added that Russia's annexation of Crimea is "a challenge to the whole democratic society".

"Forming a strong front of the country is the task of every diplomat, it is a personal task of the Minister of Foreign Affairs and my task, too", – Zelensky added.

Russia annexed Crimea after an illegal referendum on March 16, 2014. The accession of the peninsula to the Russian Federation is not recognized by Ukraine and most countries of the world. Currently, there is a checkpoint regime between mainland Ukraine and Crimea, and Kyiv has no de facto control over the peninsula.

After the annexation of Crimea, Russia began armed aggression in eastern Ukraine. Fighting is taking place between the Ukrainian Armed Forces on one side and the Russian army and Russian-backed militants, who control parts of Donetsk and Luhansk regions, on the other. Officially, the Russian Federation does not recognize its invasion of Ukraine, despite the facts and evidence presented by Ukraine.