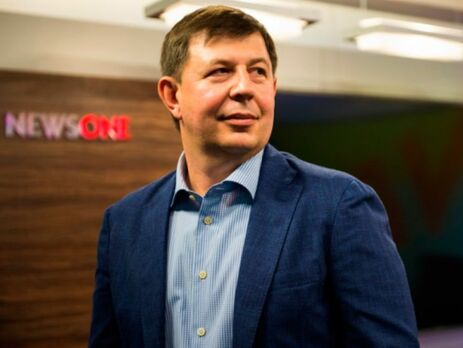 According to some media Kozak is a close ally of Medvedchuk
Photo: zik.ua

The sanctions include 5 years of blocking assets, restrictions on trading operations, limitation, partial or full cessation of resources transit, flights and carriages on territory of Ukraine; prevention of capital outflow from Ukraine; suspension of fulfilment of economic and financial obligations; cancelation or suspension of licenses and other permissions; partial or full prohibition on securities deals; cessation of issuing permissions and licenses to move currency through the border of Ukraine; ban on transfer of intellectual property rights. 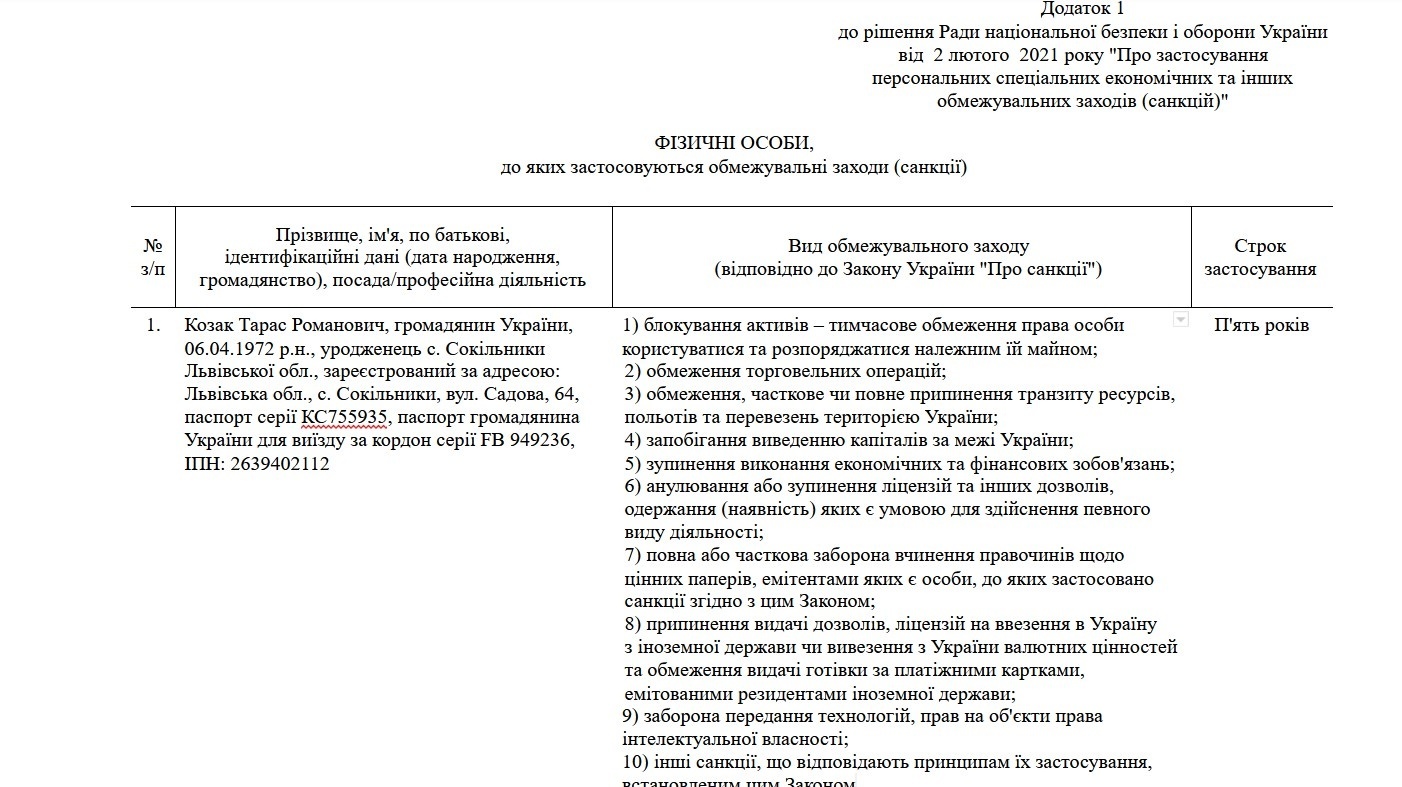 NSDC decision commands them among other things to cease all activities related to retranslation of TV programs, telecommunication services, and use of public telecommunication networks. All assets of those legal entities are also frozen.

NSDC suggests that Cabinet of Ministers, Security Service of Ukraine and National bank of Ukraine should secure implementation and sanctions efficiency monitoring while Ministry of Foreign Affairs should inform EU, USA and other states officials and request similar restrictive measures on their part.

During NSDC meeting 17 of 19 members voted for the sanctions, reported Secretary of the Council Oleksiy Danilov, with one abstention and one member absent on assignment. The decree takes its force since the day of its publication.

As of this moment, TV channels stopped broadcasting and now demonstrate black screen or set-up tablet. However, they still broadcast in YouTube.

Kozak owns the sanctioned TV channels. He acquired NewsOne and 112 Ukraine in late 2018, and ZIK – in the summer of 2019. Rada created a commission to investigate the change of ownership of these channels.

According to Nashi Groshi edition Kozak is a part of the closest entourage of Viktor Medvedchuk, head of political council at “Opposition Platform – For Life”, member of parliament, whose daughter’s godfather is Russian President Vladimir Putin. State Committee for Television and Radio-Broadcasting of Ukraine announced that it could not prove connection between mentioned medias and Medvedchuk.

In 2019, Zelensky commented ownership of Ukrainian TV channels making a remark that Kozak and Medvedchuk are “the same story”.

In 2019, Kozak was interviewed on a case of financing of terrorism in connection with announced NewsOne joint TV talk show with Russia 1 TV station.