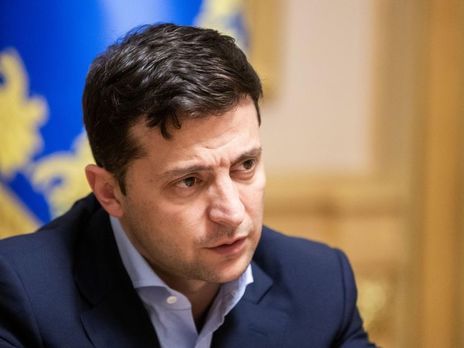 President of Ukraine informed Russian President Vladimir Putin in telephone conversation that he will protect the rights of all Ukrainians regardless of where they are. In order to do so according to him there is no need to stipulate in Constitution any special status for Donbas.

President of Ukraine Volodymyr Zelensky in telephone conversation with Russian leader Vladimir Putin declared that there is no need to stipulate in Constitution any special status for Donbas, informed press office of the President.

“Volodymyr Zelensky stressed that he will protect the rights of all Ukrainians regardless of where they are. And he does not need any changes in Constitution to do it,” reads the statement.

On August 7, Zelensky informed that he talked with Putin about occupants charge on Joint forces positions near Pavlopol, Donetsk region, when four Ukrainian military men were killed.

“I called him urgently and I said: It doesn’t get us closer to peace. I strongly ask you to use your influence on the other side so they would stop killing our people.” It was a long conversation. I said our people are getting killed. He said there are some “details” where ours were shooting at civilians. Everybody says they want peace. But apart from words we must take some very fast steps,” he said.

On August 6, near Pavlopol four soldiers of 36th Marines brigade were killed by militants’ fire. Militants attacked Ukrainian troops when they were equipping positions, reported Oleksandr Danyliuk,  Secretary of the National Security and Defense Council of Ukraine. He claimed that the attack would not be left without reaction.

In 2014 immediately after annexation of Crimea, Russia commenced military aggression on the East of Ukraine. Armed Forces of Ukraine confronts Russian army and combatants supported by Russia who control parts of Donetsk and Luhansk regions of Ukraine. Officially, Russian Federation does not admit involvement in the conflict ignoring facts and evidences presented by Ukraine.

Truces are declared periodically in the conflict zone. Trilateral Contact Group for to halting the war in the Donbass region of Ukraine approved an unlimited cease-fire starting from midnight of July 21. OSCE special monitoring unit registered about 6 thousand violations of truce regime from July 21 to August 2.