"It's not going to be Crimea, it's going to be a bloodbath." Reznikov believes that Putin is now deciding whether to cross the Ukrainian border 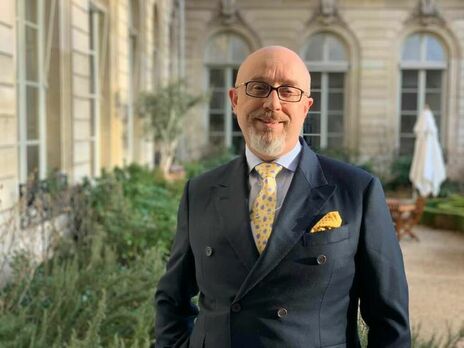 Reznikov hopes that the Russian President has not made a decision on the offensive in Ukraine yet.
Photo: Oleksiy Reznikov / Facebook

Russian President Vladimir Putin is "playing chess" with the West by moving military forces and vehicles along Russia's border with Ukraine. Ukrainian Defense Minister Oleksii Reznikov told this in an interview to the Wahington Post on November 19.

According to Reznikov, by his actions, the Russian leader is testing the unity of the European Union and NATO allies, as well as Ukraine, Poland and the Baltic states.

The Defense Ministry head also said that, in his opinion, Putin is at a turning point, deciding "whether to go over the Ukrainian border and burn bridges, or whether he is still trading and trying to find something interesting for himself."

Reznikov hopes that the Russian president has not yet made up his mind, and accused him of "trying to fuel this fear in people's hearts."

The Ukrainian Defense Ministry chief added that U.S., European and Ukrainian officials must convince Putin not to launch another offensive, because any such invasion could cost Ukraine and Europe far more than Russia's actions in 2014.

If this is not done, Reznikov said, "it won't be Crimea, it will be a bloodbath."

Since late March, Russia had been building up troops near the border with Ukraine and in occupied Crimea. Ukrainian intelligence said that Russia wanted to expand its military presence in the territory controlled by the "DPR" and "LPR" militants by introducing regular units of the Russian armed forces, and did not rule out an attempt to push Russian troops deeper into Ukrainian territory.

On April 13, Russian Defense Minister Sergei Shoigu said that Russia had moved two armies and three airborne troop formations to the "western borders" in three weeks, allegedly for drills. On April 22, he said that the objectives had been achieved and that the troops would start returning to their permanent locations from April 23. He also said that the equipment and weapons of the 41st Combined Arms Army, which will be used in the exercises to be held in September, will remain at the Pogonovo training range in the Voronezh Region.

Russia partially withdrew its military from occupied Crimea, but they remained on Ukraine's eastern border in Voronezh Region, the head of the Ukrainian State Border Service, Serhiy Deineko, said on 28 April.

On May 5, The New York Times, quoting senior U.S. presidential administration officials, reported that Russia had withdrawn several thousand troops, but about 80,000 troops still remain along the border with Ukraine, which is still the largest number of forces Russia has accumulated there since the 2014 annexation of Crimea.

On October 30, the U.S. newspaper The Washington Post wrote that Russia had resumed building up its troops along the Ukrainian border, which has raised concerns among high-ranking officials in the U.S. and the European Union.

On 1 November, Politico published satellite photos, noting that they showed military equipment which Russia had allegedly moved to Ukraine's borders. On 2 November, the Ukrainian Defence Ministry's State Planning Department said that there had been no changes on the border with Russia. The Kremlin did not comment on Politico's publication.

On 5 November, the chief of the General Staff of the Armed Forces of Ukraine, Serhiy Shaptala, said that Ukrainian intelligence did not register a build-up of Russian troops near the Ukrainian border. According to him, Russian troops are returning to their permanent deployment points.

On 6 November, CNN reported, citing its sources, that the director of the US Central Intelligence Agency, William Burns, had visited Moscow because of the Russian troop build-up near the Ukrainian border.

On 8 November, Bloomberg quoted the Janes military intelligence company as saying that Russia was moving tanks to the Ukrainian border.

On November 10, the USA warned Russian authorities about the potential negative consequences of any growing threat to Ukraine's safety due to Russia's "unusual military activity" near the Ukrainian border. The Pentagon called on Russia to explain the concentration of troops near Ukraine.

On November 18, Kirill Budanov, head of the Ministry of Defense's GUR, said that Russia was conducting a large-scale special operation against Ukraine to destabilize the situation both inside and outside the country. The accumulation of Russian troops near the Ukrainian border "will continue and reach its peak around the end of January," the SMM chief stressed.