Putin has one plan until the end of the year – Danilov 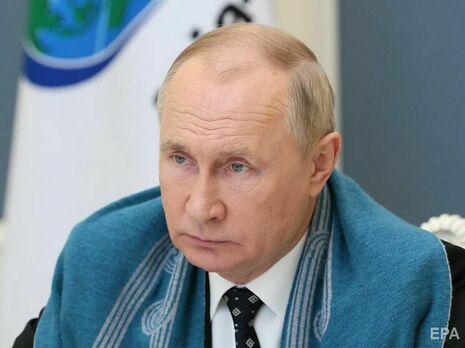 Putin (pictured) has a great desire to sit down at the negotiating table with Biden, said Danilov
Photo: EPA

Russian President Vladimir Putin is pursuing a specific goal by exacerbating the situation near the Ukrainian border. The secretary of the National Security and Defense Council (NSDC), Oleksiy Danilov, stated this on the November 25 program Pravo na Vladu on the 1+1 TV channel.

"Putin has a great desire to sit down at the negotiating table with [U.S. President Joe] Biden, preferably this year, and agree that he will rule here. And now this heated hysteria – the movement back and forth of all the troops, the drills that are taking place – it's all in the context that they have to come to an agreement," the secretary of the NSDC of Ukraine believes.

According to Danilov, if Putin and Biden do not agree, it will be extremely difficult to predict further actions of the Russian leadership.

Putin has met personally with Biden once since he became president of the United States: on July 16, 2021, in Geneva, Switzerland. In addition, Putin and Biden have spoken by phone several times.

On October 30, 2021, the US newspaper The Washington Post wrote that Russia had resumed building up the number of its troops near the border with Ukraine, which caused concern among high-ranking officials in the US and the European Union. On November 1, Politico published satellite photos, noting that they showed military equipment that Russia had allegedly deployed to Ukraine's borders.

On November 2, the Main Intelligence Directorate (GUR) of the Ministry of Defense of Ukraine reported that there had been no changes on the border with Russia.

On November 10, the USA warned Russian authorities about the potential negative consequences of any growing threat to Ukraine's safety due to Russia's "unusual military activity" near the Ukrainian border. The Pentagon called on Russia to explain the concentration of troops near Ukraine.

On November 18, GUR chief Kirill Budanov said that Russia was conducting a large-scale special operation against Ukraine to destabilize the situation both inside and outside the country. The accumulation of Russian troops near Ukraine's border "will continue and reach its peak around the end of January," he stressed.

On November 21, Budanov said that the Russian Federation was preparing for an attack on Ukraine in late January or early February, with about 92,000 Russian troops concentrated near the border between the countries.

On November 23, Putin's spokesman Dmitry Peskov said that "Russia is not going to attack anyone and does not harbor any aggressive plans," and accused Kiev of preparing for aggression "against the "LPR" and "DPR." The Ukrainian Foreign Ministry denied Russian disinformation about alleged preparations for a military attack in Donbass.

The New York Times wrote Nov. 25 that the Biden administration is focusing on diplomatic channels to deter and dissuade Putin from invading Ukraine. This could eventually include a second face-to-face meeting between Biden and Putin.