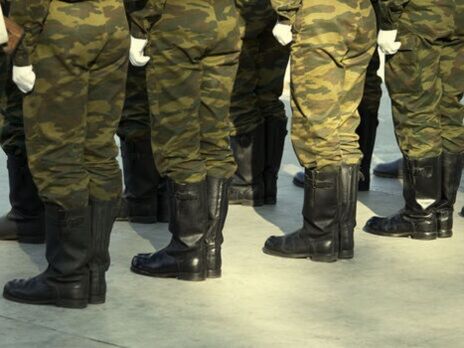 The Ministry of Defense stressed that Russian conscripts have no experience in combat operations
Photo by depositphotos.com

The Russian authorities continue to send conscripts to the war in Ukraine. This was announced on Facebook on May 9 by the Main Intelligence Directorate of the Ministry of Defense of Ukraine.

"Despite the assurances of the Kremlin leadership to prevent the participation of conscripts in the so-called "special operation", they continue to replenish the ranks of the Russian occupation troops on the territory of Ukraine. It is the conscripts who die first during the hostilities. Their poor training and outdated weapons lead to inevitable death or injury and equipment," the statement said.

According to the Ministry of Defense, another reason for the high mortality of conscripts in the occupying country's army is their involvement in combat operations in the first echelon of troops, in which more experienced contractors refuse to participate.

The department emphasized that the sending of conscripts to the war confirms the information about the shortage of personnel in the Russian army and the inability of the Russian command to provide full-fledged recruitment of combat units.

“Mothers of Russian conscripts, realizing the inevitability of the death of their children, complain about the illegal actions of commanders to the Commissioner for Human Rights in Russia, Tatyana Moskalkova, but in response they receive a bunch of lies. Until the issue of the irresponsibility with lives of young Russians within the Russian Federation becomes massive, they will continue to die ingloriously, following the orders of the Kremlin dictator," summed up the Defense Ministry.

News, Ukraine–Russia Relations
There Are Now Seven Russian Ships In The Black Sea With A Total Salvo Of Up To 50 Caliber Missiles – Ukrainian Defense Ministry
10 may, 2022 09.19 |comments: