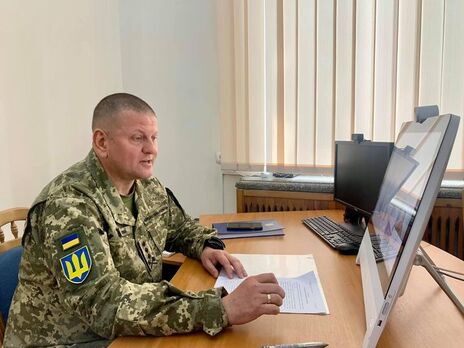 Zaluzhniy believes that in the confrontation with Russia "the main thing is not to stop"
Photo: General Staff of the Armed Forces of Ukraine / Facebook

"We discussed the operative situation and plans of further actions of the Ukrainian defence forces, as well as existing and potential threats from the terrorist state of the Russian Federation and the Republic of Belarus. The strategic initiative is in our hands, so the main priority is not to stop", – Zaluzhnyi wrote.

According to him, Ukraine's priority remains "supporting dialogue and a high level of military cooperation with partner countries, as well as gaining mutual compatibility with their armed forces.

Russia launched a full-scale invasion of Ukraine on 24 February. In April, the Russians were expelled from the northern regions and fighting is now taking place in the east and south of the country.

In late August and early September, the Ukrainian military launched a counter-offensive in the south and east of the country. Thousands of square kilometres of Ukrainian territory have been liberated.

According to the AFU General Staff, as of 14 October, the Russian occupiers lost about 64,300 personnel killed.